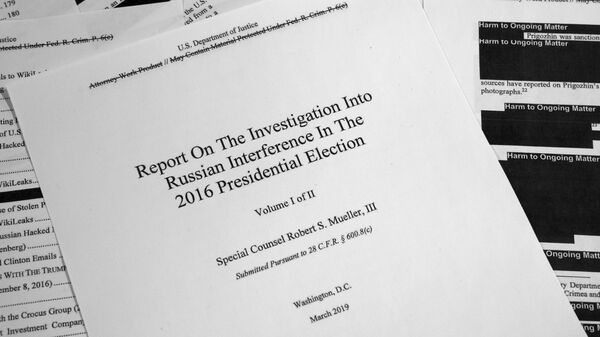 The man sat through “multiple interviews” with special counsellor Robert Mueller during his investigation. At least one interview has been given under so-called “proffer agreement,” which limits a prosecutor’s ability to use the information against the witness.

George Nader, a Lebanese American businessman said to have ties to US President Trump's associates, has been arrested on charges of transporting child pornography, The Hill reported Monday.

Nader has been arrested in John F. Kennedy Airport on Monday, after a search conducted in a "matter unrelated to child pornography" discovered several cell phones in his possession, and inspection of one of the phones for evidence revealed files that "appeared to contain child pornography." A separate search warrant was then issued, which revealed a total of 12 videos, "explicit videos of minors engaging in sexual conduct," according to The Hill report citing the criminal complaint.

George Nader met with Steve Bannon and Jared Kushner to discuss American policy toward the Persian Gulf states in advance of Mr. Trump’s trip to Saudi Arabia in May 2017.

​If convicted of the charge, the businessman could face 15 to 40 years in prison, the report says.

Journo on Mueller Report: Media, Dems Are Trying to Suck Blood Out of This Stone
Nader's name is mentioned numerous times in special counsellor Robert Mueller's report on his investigation into alleged ties between President Trump's campaign staff and the Russian government. Nader is said to have sat through "multiple interviews" with Mueller's office, The Hill report says. At least one interview was conducted under a so-called "proffer agreement" — which means Nader provided information in exchange for that information not being used against him.

Robert Mueller concluded his investigation this March, without finding enough evidence to charge members or associates of the Trump campaign with conspiring with Russia during the 2016 presidential race. Both Russia and Washington repeatedly denied all allegations prior to the conclusion of Mueller probe.