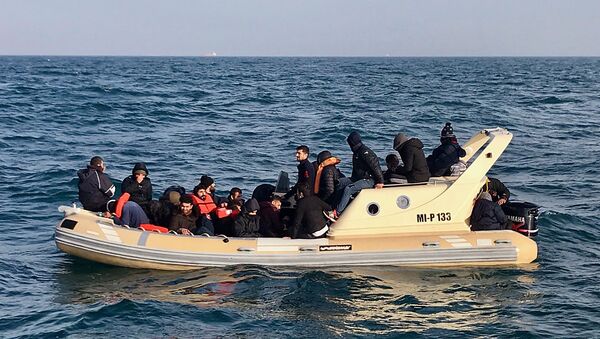 According to the media outlet Euronews, a French court has sentenced an imam to two years in prison for aiding illegal migrants to cross the English Channel with help of inflatable boats.

The imam, an Iranian national, was accused of organising a number of crossings from France to England.

The 39-year-old preacher lost consciousness after hearing his sentence.

Finland Intends to Put Electronic 'Fetters' on Illegal Migrants
Police have started an investigation after life jackets were found on the beach in France. Moreover, boats and engines were found at the imam's house by the police.

The prosecution said that the man, whose name has not been disclosed, was contacting groups of traffickers.

The EU has been challenged by the migration crisis since 2015 due to the influx of hundreds of thousands of refugees fleeing their home countries in the Middle East and North Africa. The relocation of migrants within the bloc has caused tensions within and among the EU countries.