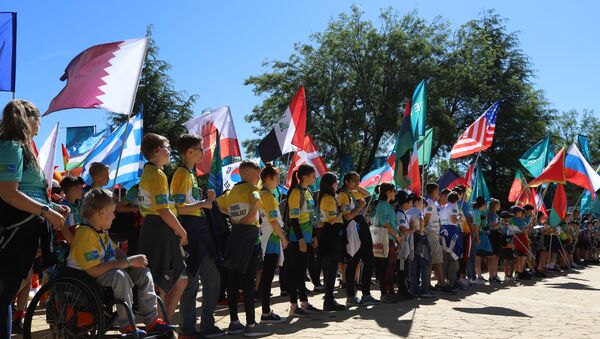 After the training, Football for Friendship received an official GUINNESS WORLD RECORDS® certificate. 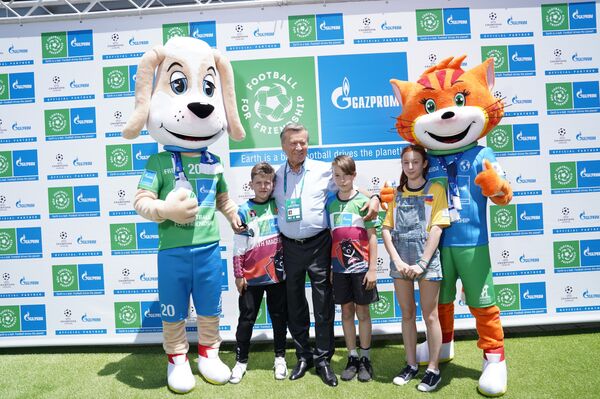 "Football for Friendship is an absolutely unique programme, and kids from all over the world wish to join it. Uniting sports and humanitarian elements, the project helps Young Participants develop their talents, choose their way in life, and become bright leaders. Not all Young Players who have trained on the fields of Football for Friendship will become professional athletes. But they will always have this unique experience they have received here: the experience of friendship, overcoming your own obstacles, and teamwork", said Real Madrid and Brazil Legend, World Cup winner and three-time UEFA Champions League winner Roberto Carlos.

At the two-day International Friendship Camp on 28-29 May, Young Ambassadors got acquainted with each other, studied sports and humanitarian programmes, and trained for the Football for Friendship World Championship. According to the results of the Open Draw, 12-year-old girls and boys from different countries and of different physical abilities were united in 32 International Teams of Friendship. Sports and football stars, participants in previous seasons of the programme conducted the young athletes's training. 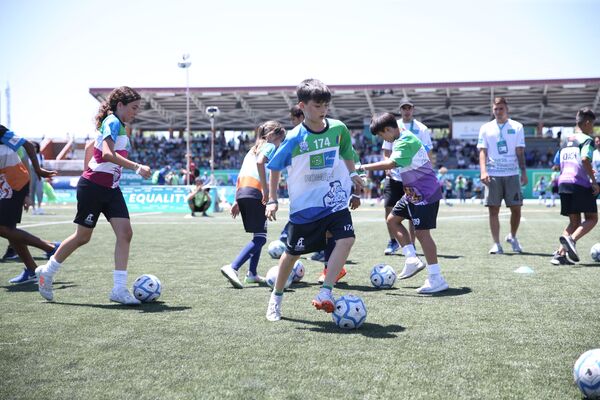 The International Football for Friendship Forum took place on 30 May in Madrid. This year's event united international experts and specialists in youth development and children's football from around the world for the first time. National team coaches, and coaches from professional football clubs, doctors from children's teams, UEFA representatives, football academies and federations of different countries, as well as sports stars discussed effective tools to teach young athletes. They also covered new methods to develop children's football, and issues of developing leadership skills in the younger generation through teamwork. 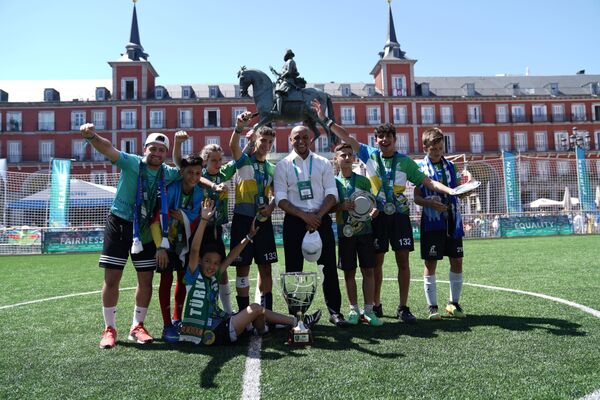 In 2019, the programme opened a new direction of development by announcing the launch of the International Football for Friendship Coaches Academy. This free multi-language educational online platform includes a set of practical exercises aimed at improving the skills of youth teams' and football sections coaches, and P.E. teachers. The course was developed by the authors of the Football for Friendship's educational programmes — the heads of the teaching process and coaches of FC Barcelona's academies, and experts from FIFA's humanitarian programmes.

"Сolossal work was done, and thanks to that today we have received such a high result by setting a new world record. This record was possible all because of the talent of the children, who train a lot and are great friends. It is very important for the kids of different nationalities to play on the same team. I would like to congratulate everyone once again on this amazing result", Viktor Zubkov said.

The Football for Friendship World Championship Final took place on 1 June on the UEFA pitch in the very centre of Madrid, Plaza Mayor square. Antiguan Racer International Team of Friendship played against the Tasmanian Devil  squad and won in a penalty shootout following a 1-1 draw during regular time. Roberto Carlos, Real Madrid and Brazil Legend, World Cup winner and three-time UEFA Champions League winner, handed out the awards to the winners.

"We won thanks to the strong team spirit, because the level of training of the rival team was just as good. We didn't know any of our teammates before we came to Madrid for the Seventh Season of Football for Friendship, but in two days of preparing for the Championship we became great friends. I am so happy we won, but I'm happy even more because I can share this victory with new friends. I am sure we will keep talking when we go home. This isn't something you can forget!" says a member of the Antiguan Racer International Team of Friendship, Lejla Salihović, a young Player from Bosnia and Herzegovina.

The results of the Young Participants' vote for the most socially responsible football team were announced before the final game. The Nine Values Cup is a special award that was given to Liverpool FC. The trophy has been presented to various football clubs, Barcelona (Spain), Bayern Munich (Germany), Al Wahda (Syria), Real Madrid (Spain), and the Brazilian National Team. The Nine Values Cup was awarded to the Brazilian National Team in March 2019 at the Dragao Stadium in Porto (Portugal). 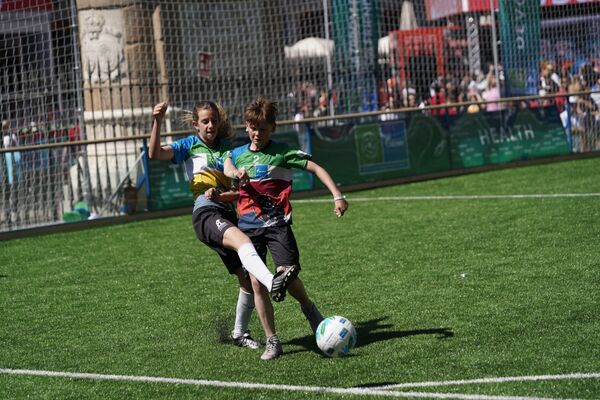 All participants in the final events of the Seventh Season visited the 2019 UEFA Champions League Final at Metropolitano Stadium in Madrid. All key events of the Football for Friendship in Madrid were covered by youth journalists. They worked at the International Children's Press Centre creating news, reports, as well as photo and video content. The materials were published in the programme's online newspaper.

The programme's Seventh Season continued an ecological initiative aimed at promoting the values of care towards nature. All International Teams of Friendship were named after rare animals. American writer Anna Wolde has created a fairy tale in support of the eco initiative. The fairy tale's main characters are animals on the brink of extinction and the programme's participants from around the world will translate the fairy tale into 30 languages. Its premiere is scheduled for the summer of 2019.

The Seventh Season's events started on  International Football and Friendship Day. On 25 April, meetings, training, and friendly matches in schools and academies from more than 50 countries (in Europe, Asia, Africa, and North and South America) took place involving youth ambassadors and coaches, famous football players, and officials. More than 200 events with more than 40,000 participants took place within the framework of the International Football and Friendship Day.

"Thanks to Football for Friendship I've made many new friends all around the world. It is truly amazing to get the opportunity to get to know children from different countries, who love football as much as I do. The kids I met here are amazing. They are so active, kind, and smart. I am sure we will keep in touch when we go back home. Participating in the Football for Friendship World Championship helped me take my teamwork skills to another level. I hope next year I will be able to participate in the programme again", said Aykhan Alizada, from Azerbaijan.

Photos from the events.

The International Children's Social Programme Football for Friendship has been implemented by Gazprom since 2013. The key values promoted by the programme's participants are friendship, equality, fairness, health, peace, devotion, victory, traditions, and honour. Football for Friendship is supported by UEFA, FIFA, International Olympic Committee, football federations of different countries, international charity funds, famous athletes, and the world's leading football clubs. Over the previous seven seasons, the programme has brought together more than 6,000 participants and acquired over 5 million followers including famous athletes, artists, and politicians.