Say What? Annoying Crow Wants to Draw Cheeky Cat Into a Conflict 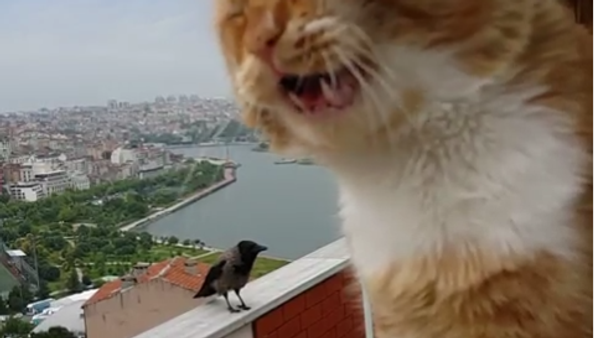 © Photo : ozdenhalistoprak/instagram
Subscribe
International
India
Africa
Have you ever thought you'd made it to the top and been harassed by some heckler who just won't leave you alone? That's the exact situation that Bal, a ginger cat from Turkey, found himself in.

Bal, the cat's name, means 'honey' in his native Turkish, but it's hard to be sweet when you encounter an annoying neighbour.

The cat's owner, who posted the video of the unusual chat, explained that the conflict between two animals emerged after her pet took the bone that the bird dropped the week before. The owner tried appeasing the winged beast with replacement bones, but it just wouldn't let the grudge go away. She added that the crow had been annoying Bal for a long time, and even asked for advice getting rid of the bird.