Jordan Peterson: No Evidence Islam Would Be Compatible With Democracy 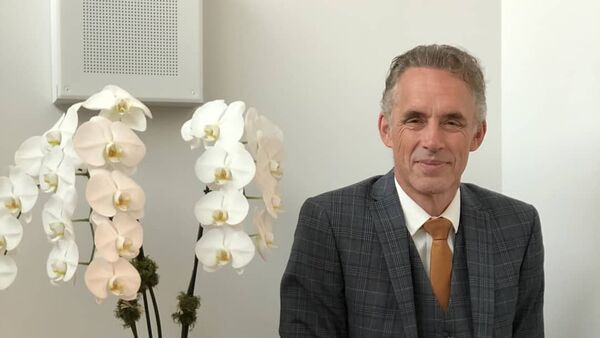 Peterson rose to fame in 2016 as a critic of identity politics, particularly a Canadian bill that would require citizens to address trans-people with pronouns that reflected the gender they identified with. Over the years, he's emerged as a popular public speaker covering a variety of topics, from climate change to religion.

"It is not clear to me that Islam would be compatible with democracy," he said in an interview with Hungarian newspaper Magyar Nemzet. "We have no evidence that it would be."

"So there is a fundamental problem that is unfortunately not allowed to be discussed," Jordan Peterson was quoted as saying.

Peterson arrived in Hungary last week as a guest of the intellectual forum Brain Bar. He has met with Prime Minister Viktor Orban, a self-proclaimed guardian of "Christian values" who last year referred to refugees coming from across the Mediterranean as "Muslim invaders".

The 56-year-old public thinker has been asked many times whether he believes in God, but failed to provide a definitive answer. However, he has described himself as a "religious man" who tries to live life as if there was a God.

The University of Toronto professor confirmed in one of many Q&As last year that he does "not understand" Islam and doesn't know enough about it to grasp the similarities and differences between Islam and Christianity, for example.

While conceding this, Peterson went on to say that secularisation could be the issue where Muslim and Western societies don't see eye to eye with each other, since there is "no distinction" between church and state in Islam, which persists in the West. "I cannot understand how [the Muslim] faith is commensurate with the institutions of the West," he added.

A YouGov survey showed in January that nearly half of French and Germans have a perceived clash between Islam and the values of their society; similar attitudes toward Islam were shown to be held by over one-third of Britons and Americans.

Moreover, according to the poll, a higher number of Western respondents tend to be particularly critical of Islam, versus other religions such as Judaism, Buddhism, and Christianity.