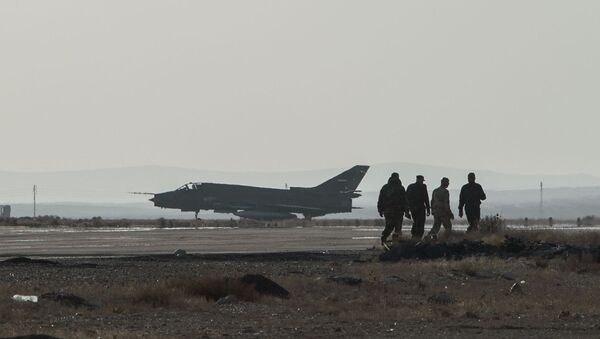 Israel Used 'S-300-Evading' Missile for First Time in Syria Strikes - Reports
A source in Syrian military said that the missile attack was conducted by Israel. Syrian air defence reportedly managed to shoot down two missiles. However, according to the source, one person was killed and two were injured as a result of the strike.

"Our air defence repelled the Israeli attack and destroyed two missiles out of those attacking the T-4 airfield," the source said.

An ammunition depot as well as several other buildings and equipment were damaged after the attack, Syrian Arab News Agency reported, quoting a military source.

Last night, Syria’s SANA state news agency reported that Syria's air defence systems have shot down enemy missiles to the south of Damascus. According to the agency, the strikes continued, which led to deaths of three Syrian soldiers. The Israel Defence Forces said later that it attacked Syrian military targets in response to a missile strike from Syria.