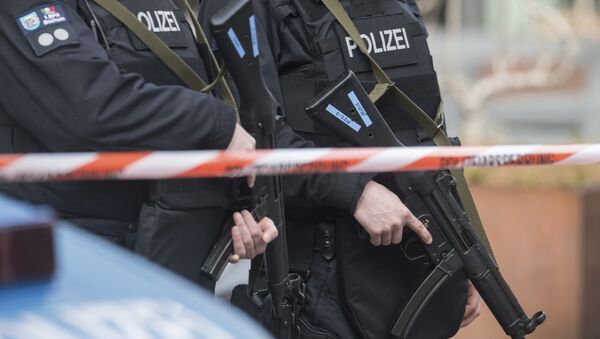 Police were summoned to an asylum shelter in a Bavarian village when its inmates started a violent brawl. However, they could not calm the troublemakers down and were attacked by migrants. Only reinforcement could tackle the uprising.

Six Nigerians, aged from 23 to 38, were arrested following a riot in an asylum shelter, located in a small Bavarian municipality Stephansposching, German outlet Frankfurter Allgemeine Zeitung reports. An investigation has been launched after five policemen were injured; four of them taken to a hospital with slash wounds and eye injuries.

On Friday, they were summoned to the facility when its residents started to wreak havoc. According to the outlet, 30 angry refugees insulted and harassed the officials. The situation escalated when the police pulled the alleged ringleader out of the mob. Several asylum seekers attacked the officers and threw bicycles at them; the police responded with pepper spray.

One of the attackers jumped on the side window of a police car while the others built barricades and blocked the officers who were trying to retreat. The police called for back-up, and the authorities managed to calm the rioters only after it arrived.

Shelters for refugees and so-called anchor centres, established to facilitate the processing of asylum applications, have repeatedly become a scene for violent crimes.  Earlier in May, police were attacked and pelted with stones in the southern German city of Regensburg as they attempted to investigate the death of a 31-year-old woman at the migrant centre there.

Germany continues to witness an upsurge in crime against the backdrop of the migrant crisis. One in 10 victims of serious crimes in Germany is assaulted by an asylum seeker or refugee, Die Welt reported earlier this year, citing the Federal Criminal Police Office (BKA).

Angela Merkel’s refugee policy and “open borders” approach, in particular, have prompted criticism and even protests against the government in Germany, which has become one of the countries most affected by the migrant crisis in Europe which erupted in 2015.