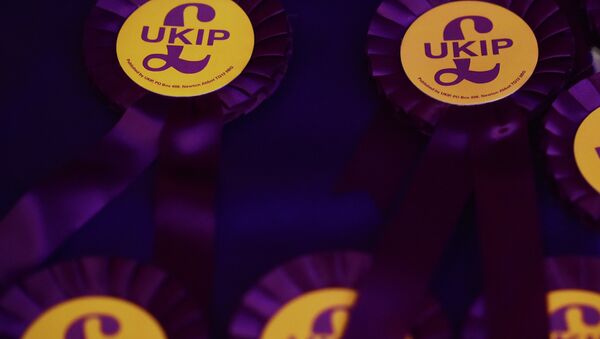 © AFP 2021 / BEN STANSALL
Subscribe
The Confederation of British Industry, a leading pro-Remain economic lobby group, has warned that a no deal Brexit would be a disaster. But is this just more scaremongering that could be used by Parliament to attempt to justify a second Brexit referendum or the revocation of Article 50?

Sputnik: Would a no deal Brexit be as bad as the Confederation of British Industry has claimed?

Alan Sked: I think there may be a few bumps for a few weeks, and we'd need time to adjust, but I don't think it would take more than a few weeks to adjust, and then it would be fairly plain sailing. There are lots of arrangements that have been made by the government and by the EU to ensure a smooth transition, so I think things would go fairly well.

UK Will 'Still Be in Deadlock' With New Prime Minister - Brexit Party Organiser
Sputnik: Who do you think will win the Conservative Party's leadership contest?

Alan Sked: I think it's probably going to be Boris Johnson, because he's the one that the party membership seem to want; he's got more charisma than most of the other candidates, and I think he's the one that Brussels fears the most.

Sputnik: Will the change of leadership be able to help the House of Commons break out of its ongoing deadlock?

Alan Sked: It depends on the attitude taken by the Commons; whether the diehard Remain Conservative MPs would vote against their own government and bring it down in order to keep us in the EU.

Tory Leadership Contender Boris Johnson Faces Trial Over £350 Mln Brexit 'Lie'
The new prime minister wouldn't have a majority in the Commons, he or she wouldn't want to have a general election, given the instability among the voters, so a great deal would depend on the Tory Party staying united, but there is a small group of determined Remainers who would put the EU before either the country, or the Conservative Party.

The Tory Party must know that until it secures Brexit, then it can't really go to the country and have a general election, which is something that will have to happen sometime between now and 2022, but until it achieves Brexit, it seems to be living on borrowed time.

The views expressed in this article are solely those of Alan Sked and do not necessarily reflect the official position of Sputnik.