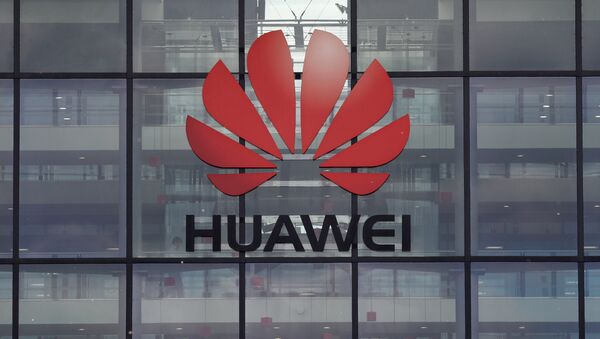 China has demonstrated that it is not planning to surrender its positions to the United States. The future of 5G networks is in its hands.

That's the view of Andrei Masalovich, a former specialist at Russia’s Federal Agency of Government Communications and Information (FAPSI) in the wake of Chinese tech giant Huawei filing a lawsuit against the actions of the American administration. Washington recently added the tech titan and its affiliates to a trade blacklist.

Huawei Founder: US 'Underestimates' Company, 5G Plans Not Affected - Reports
In response, China can use a variety of countermeasures, Andrei Masalovich believes. These are targeted sanctions, the restriction of US access to their rare earth minerals, and other strategic supplies. It's not just about winning the lawsuit, Bejing it has other goals the expert said:

"It is clear that no American court will side with the Chinese company. Nevertheless, it will be an extra argument meaning that an impartial and fair resolution of international issues is now absent. New mechanisms are needed, the existing ones are outdated and have stopped working, and Trump's anti-Chinese policy has played a negative role in this. Huawei will not stop with just filing a lawsuit. Both the firm and China will come up with additional retaliatory measure against US sanctions. Americans missiles will stop flying without Chinese parts. China has demonstrated that it is determined to give a serious rebuff to this trade war. And its strike can be much more devastating than what America is doing".

Regardless of whether Huawei can win a lawsuit, it is of great importance, because it is a "war for justice," Wang Yiwei, Professor at the School of International Studies at Renmin University, said, adding that the Washington's behaviour has nothing to do with market principles and international standards.

"The US is a hegemonic power that uses its national resource to suppress private enterprise in China, which is really unwise. The United States accuses China of not adhering to market rules, but in this case, the US must first follow market rules, when in practice they are the ones that intervene in the market, the judicial system, and international standards. Therefore, the legal proceedings between Huawei and the US government will actually give the world a clear understanding of who is violating the rule of law, who is destroying market principles, who is destroying the global industry chain, supply chain. Other companies, not just Chinese ones, may find themselves in this situation. The United States embarked on a risky strategic venture, in fact waging a legal, diplomatic, and psychological war. Through such actions as Huawei's lawsuit, Chinese companies are learning to resist", Wang Yiwei said.

Huawei to Launch 5G Network 'Tailor-Made' for Europe Despite 'US Bullying'
China usually takes a flexible stance until its interests are threatened. But when China is being pressured, it turns into a steel rod, which you can't bend anymore, Andrei Masalovich stressed. Now China has reached this point. At the same time, Beijing wants to show others that America is like an aging diva, who will no longer be given the leading roles, and China is really claiming the role of world leader. China has shown that it does not intend to give up its positions. The future of 5G networks is in its hands, since Huawei is years ahead of any competitor in this field. And the United States is extremely dissatisfied with this, the Russian expert noted.

Chinese media outlets have also issued a warning to the United States — China is ready to retaliate with rare earths supply to the US. This was more confirmation that China is on a counter-offensive. The People's Daily newspaper reported that the US wants to use products produced from rare earths imported from China to counteract and contain China's development. The Chinese will never accept this, the newspaper wrote, adding that the American side has been warned.

The Global Times paper said that if the United States suppresses China's development in various ways, then "sooner or later, China will use rare earths as a weapon". Global Times editor-in-chief Hu Xijin took to Twitter to confirm this:

The Chinese people will not be happy if any country wants to use products made of China's rare earth exports against China, Xinhua news agency said on Wednesday. Adding that: "Waging a trade war against China, the United States risks losing the supply of materials that are vital to sustaining its technological strength".