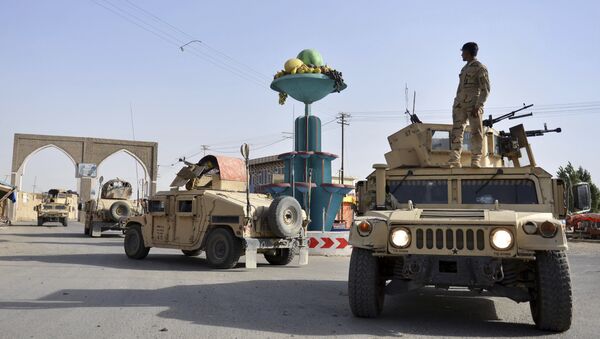 According to TOLOnews reports, a car bomb attack in the Qala-e-Wazir District of the Afghan capital has targeted a convoy of vehicles belonging to the US-led coalition, killing at least four and wounding several others. Later in the day, the Taliban claimed responsibility for the incident, the broadcaster reported.

"It was a suicide attack that targeted foreigners", an anonymous security official has told Reuters, stating that four residents of Kabul had been killed by the explosion as well as wounding several people in the convoy.

Security in Afghanistan Not a Priority for the US Anymore?
However, there is no official information about the casualties at the moment.

A series of attacks, committed by various militant groups comes amid new armed clashes between the government and Taliban radical movement. Afghan President Ashraf Ghani previously proposed a nationwide ceasefire due to the start of the holy month of Ramadan, but the Taliban rejected the offer.