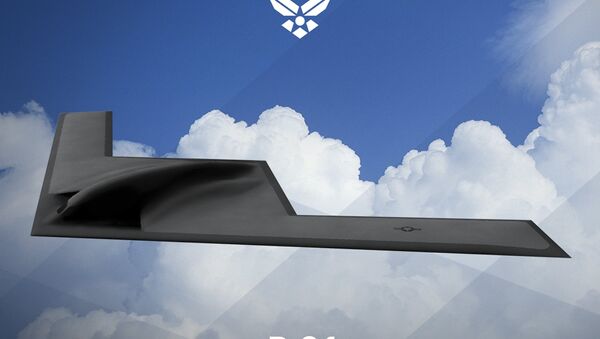 The US’ futuristic B-21 Raider bomber, which has been described by media outlets as a “black” programme, meaning a highly classified military project, is expected to include cutting-edge sensors, attack technology, as well as a new generation of weapons and stealth applications.

The US Air Force’s highly-secret B-21 stealth bomber will “likely, if not certain” be armed with a Long-Range Stand-Off Weapon (LRSO), a now-in-development nuclear-tipped air-launched cruise missile, Warrior Maven reported.

The website made a reference to the Air Force Acquisition Report, which said that the LRSO is being designed to be compatible with the B-52 bomber and the futuristic B-21 Raider, and that the Air Force will acquire as many as 1,000 LRSOs.

World
US F-35 Jet Production at Risk if China Cuts Rare Earth Exports Amid Trade War
The Air Force report also sets out a timetable for the integration of nuclear weapons with the B-21 Raider, specifying that there will be “nuclear certification within two years of declaring initial operational capability”, which is planned for 2030.

According to Warrior Maven, US Air Force weapons developers think that the LRSO, which is being built to replace the aging AGM-86B Air Launched Cruise Missile (ALCM), would make it possible to carry out attacks “deep within enemy territory”, hit inaccessible targets, as well as help overcome certain high-tech challenges posed by adversaries’ air defences.

Last month, the Air Force told a Senate Armed Services Subcommittee on Airland hearing that the B-21 jet was “executing the way we want” and that the next “major milestone” will be the first flight. The B-21, currently under development by Northrop Grumman, is tipped to replace the existing fleet of B-1 and B-2 jets, and will be housed at the Ellsworth Air Force Base in South Dakota.