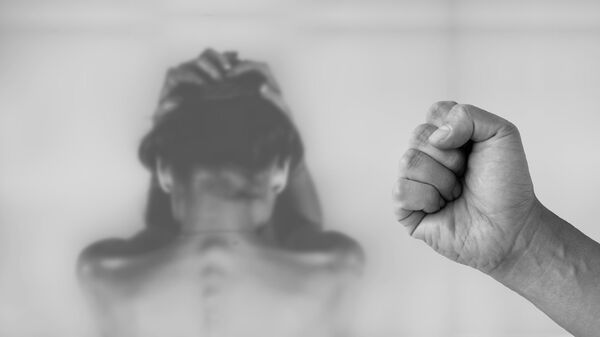 While the number of reported sex offences has been on the increase in recent decades, with 2018 being a peak year in rapes, a new report by the Swedish authorities has triggered strong criticism over alleged bias and the use of scientifically unsound methods.

A recent report by the Swedish Crime Prevention Council (Brå) has come under fire for failing to establish a connection between the 2015 migrant crisis and the steep increase in sex crimes, including rape. Among other things, the authority has been accused of doctoring the report to achieve the desired result.

According to Brå, there is no connection between the number of foreign-born persons who have immigrated to Sweden and the increase in the number of sex offences reported.

"The demographic changes are not a main explanation for the long-term development of reported and reported sexual offences since 2005", Brå wrote.

According to Brå, the major influx of migrants starting from 2015, when 163,000 asylum seekers entered the country, was but "a small part of the increase in reported vulnerability" and mostly accounted for milder sex crimes.

"The report shows that the immigration wave has not affected the number of sexual offenсes and that we haven't had any increase in sexual crimes in recent years", Jerzy Sarnecki, a criminology professor at Stockholm University told the newspaper Dagens Nyheter. "On the other hand, it is clear that the tolerance for certain types of sexual offences, previously unreported, has decreased. This has culminated in the Metoo wave, and it is excellent", Sarnecki said.

"We are not under the occupation of Muslim men who rape our women", Sarnecki assured.

Economist, author and researcher Tino Sanandaji was one of the first to present his criticism of the report.

"Is it true? Well, you can guess yourselves", Sanandaji wrote on Facebook.

According to him, instead of investigating migrants' sex crimes Brå used "different tricks" and "unserious methods" to ensure that "you do not get any connections".

"Brå doesn't not investigate immigrants, they do not investigate who committed the crimes and mainly use an untrustworthy method (in scientific themes their method has extremely low power and draws conclusions from absence of evidence)", Sanandaji wrote.

By his own admission, he used the same variable for a longer period of time and even with this "primitive method" found a statistically significant correlation.

"Sarnecki gambles his non-existent credibility with a serious method error by examining the relationship between 'those received by municipalities' or 'those enrolled in reception system' and reported sex offences in municipalities. This is not research, this is dishonest propaganda", Moderate MP Hanif Bali tweeted.

"Well, that is the purpose of the report. To mislead the public who finally starts to wake up and wants their country back", journalist Ingrid Carlsson tweeted.

Another recurrent theme was to cite similar studies from Sweden's fellow Nordic countries, Finland, Norway and Denmark, which all pointed out immigrants' over-representation in sex crime statistics.

While Sweden's sex crime curve has taken a steep upswing, with 2018 becoming the record year with 7,556 reported rapes, the authorities pin the spike on anti-harassment campaigns, sharper laws and a lower reporting threshold. Unofficial reports that weigh in immigration are by contrast often dismissed as "conspiracy theories" and "right-wing propaganda".

In late 2017, an independent report suggested that migrants were severely over-represented in crimes of a sexual nature, accounting for over 90 percent of rapes and gang rapes.

In August 2018, national broadcaster SVT investigated sex crimes and concluded that 85 percent of those sentenced for assault rape in the past five years had been born abroad.