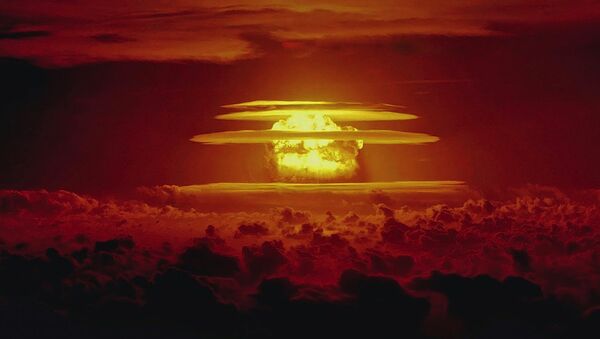 Washington is trying to divert attention from its own destructive policy on the Comprehensive Nuclear-Test-Ban Treaty (CTBT) by accusing Russia of violating the moratorium on nuclear tests, Russia's Permanent Representative to International Organisations in Vienna Mikhail Ulyanov told Sputnik.

"It looks more like a smoke screen and an attempt to divert attention from the destructive line of the United States regarding the CTBT", Ulyanov said.

He said the US is keeping its nuclear testing sites ready for possible resumption of nuclear tests.

"The United States believes that Russia probably is not adhering to its nuclear testing moratorium in a manner consistent with the ‘zero-yield’ standard", Ashley said during a discussion at the Hudson Institute in Washington.

Earlier this year, CNN reported that US President Donald Trump was eyeing a grand nuclear deal with Russian and China.

READ MORE: Russian Foreign Ministry Warns of US Preparing to Use Nuclear Weapons in Europe