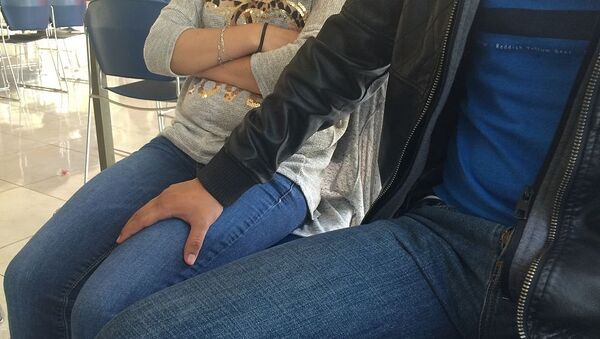 In an extensive population study on sexual and reproductive health and rights, the largest in over 20 years, the Swedish Publish Health Authority has found that sexual harassment and abuse are “strikingly common” and pose a “major public health problem”.

“The fact that sexual harassment is so common in Sweden is remarkable. It not only has consequences for the individual, but is also a clear marker for how equal a society is,” the heads of the Swedish Publish Health Authority wrote in a column in the newspaper Svenska Dagbladet, presenting the results of the survey.

Considerably more men than women (28 percent and 18 percent respectively), believe that they do not get enough sex. At the same time, 20 percent of women say they feel too tired or stressed out to have sex, compared to 10 percent of men.

Although the majority of the respondents said that they can communicate freely about sex, almost twice as many women (63 percent compared with 34 percent), have agreed to have unwanted sex. The reasons they cited included doing it for their partner's sake, for the sake of the relationship or to have children.

Almost one-tenth of the Swedish men surveyed have paid or given other compensation for sex; 80 percent of men who have paid for sex have done so abroad. Among women, less than 1 percent admitted to having done so. It is illegal in Sweden to purchase sex but selling it is not prohibited (this is known as the Nordic Model of banning prostitution).

Over the past year, about one-third of Swedes have had sex at least once a week, one-third about one to three times a month, while about one-fifth have not had any sex at all, the survey showed.

More women than men cited a lack of desire for sex due to tiredness or stress, claimed that they didn't have orgasms and admitted to having unwanted sex. Men, on the other hand, were more likely to say that they lacked a sex partner, wanted more sex partners or said they don't have sex the way they want.

A majority of the respondents, 58 percent, stated they were satisfied with their sex life. The least satisfied were men aged 16-29 and people between 65 and 84 years of age from both sexes.

According to Suzann Larsdotter of the Swedish Association for Sexuality Education (RFSU), the results are in line with other studies about sexuality.

“Women feel that they have the right to say yes or no, or decide what sex to have. At the same time, there is no reciprocity in pleasure, as women receive orgasms to a lesser extent and have less desire. Therefore, one has to go deeper than just the question of consent. Is there mutual pleasure and what consequences does the lack thereof lead to?” Larsdotter told national broadcaster SVT.

The present study is based on a national questionnaire answered by 14,500 people aged 16-84.

Since the last major study, “Sex in Sweden”, published in 1996, Sweden has undergone important changes, including the ban on the purchase of sexual services and new sex crime legislation; it also became one of the most active members of the international anti-harassment #MeToo movement.

All these factors are sometimes cited as the reasons for the rising sex crime curve, with 2018 becoming the record year with 7,556 reported rapes. However, unofficial reports also weigh in immigration.

In late 2017, an independent report suggested that migrants, who by conservative estimates from Statistics Sweden constituted about a fourth of the country's population, were severely over-represented in crimes of a sexual nature, accounting for over 90 percent of rapes and gang rapes.

000000
Popular comments
Another dubious study that proves nothing. They changed the definition of ''harassment'' so many times, who knows what's really going on. I just don't trust these numbers.

Dungeon Ambassador from Terra
29 May 2019, 10:05 GMT2
000000
Dungeon Ambassador from Terra, I thinks its a ruse to discourage tourists and the ladies are probably worn out after all the intimacies they share with certain groups that have come from other countries
brwnxpng
29 May 2019, 11:02 GMT
000000
Newsfeed
0
New firstOld first
loader
LIVE
Заголовок открываемого материала
Access to the chat has been blocked for violating the rules . You will be able to participate again through:∞. If you do not agree with the blocking, please use the feedback form
The discussion is closed. You can participate in the discussion within 24 hours after the publication of the article.
To participate in the discussion
log in or register
loader
Chats
Заголовок открываемого материала
Worldwide
InternationalEnglishEnglishMundoEspañolSpanish
Europe
DeutschlandDeutschGermanFranceFrançaisFrenchΕλλάδαΕλληνικάGreekItaliaItalianoItalianČeská republikaČeštinaCzechPolskaPolskiPolishСрбиjаСрпскиSerbianLatvijaLatviešuLatvianLietuvaLietuviųLithuanianMoldovaMoldoveneascăMoldavianБеларусьБеларускiBelarusian
Transcaucasia
ԱրմենիաՀայերենArmenianАҧсныАҧсышәалаAbkhazХуссар ИрыстонИронауОssetianსაქართველოქართულიGeorgianAzərbaycanАzərbaycancaAzerbaijani
Middle East
Sputnik عربيArabicArabicTürkiyeTürkçeTurkishSputnik ایرانPersianPersianSputnik افغانستانDariDari
Central Asia
ҚазақстанҚазақ тіліKazakhКыргызстанКыргызчаKyrgyzOʻzbekistonЎзбекчаUzbekТоҷикистонТоҷикӣTajik
East & Southeast Asia
Việt NamTiếng ViệtVietnamese日本日本語Japanese中国中文Chinese
South America
BrasilPortuguêsPortuguese
NewsfeedBreaking
09:22 GMTInsulate Britain Climate Campaigners Return to Block Major Roads in London - Videos
09:05 GMTMoscow Slams EU and US for Failing to Unfreeze Afghanistan's Assets
08:59 GMTAlec Baldwin Was 'Drawing Gun and Pointing It on Camera' Moments Before Deadly Shooting
08:28 GMTQueen Elizabeth 'Misses Church' Due to Health Concerns After Hospital Stay
08:28 GMTGerman Ambassador Calls Surging Gas Prices Pan-European Issue
08:25 GMTKashmiri Students Beaten Up in Punjab After India Loses Cricket Match to Pakistan
08:18 GMTUK Government's Transparency Was Worst on Record in 2020, New Report Alleges
07:37 GMTFinnish Defence Ministry Demands Risk Assessment for Nuclear Plant Project Over Russian Ties
07:36 GMTCOVID in Israel May Be Under Wraps Now, But a Fifth Wave Looms Large, Experts Warn
06:23 GMTDenmark Sees Record Infection Spread Despite High Vaccination Rate
06:05 GMTUK Autumn Budget: Labour Shadow Chancellor Accuses Treasury of 'Smoke and Mirrors' Policy
05:31 GMTLive Updates: Sudan's PM Transported to Unknown Location After 'Refusal to Back Coup'
05:17 GMTDanish Conservative Politician Sparks Uproar With Photo in See-Through Lingerie
04:27 GMTSudanese Opposition Union Calls on People to Protest Against Military Coup
04:00 GMT'What's-His-Name?' Nancy Pelosi Appears to Forget Donald Trump's Name
03:17 GMTFacebook Exec Reportedly Warns Employees of 'More Bad Headlines' to Come
03:16 GMTSudan’s Prime Minister Under House Arrest, 4 Ministers Detained - Reports
02:16 GMTIsrael Going Further With Construction of Over 1,300 Housing Units in West Bank
01:15 GMTPandemic Will End When World Chooses to End It, WHO Chief Says
YesterdayJamie Lynn Spears Says Parents Pressured Her to Get an Abortion to Maintain Her Career