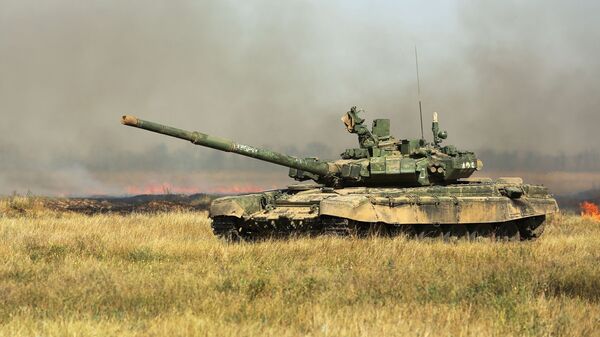 The US often uses props of Russian military equipment during training sessions for its armed forces. In May, the US Air Force presented an F-16 jet painted in the colour scheme of a Russian fifth-generation Su-57 stealth fighter, which was intended to "simulate" air combat against "probable enemies".

A US serviceman from the Fort Benning military base, called Red Knight 6 on Twitter, shared a video showing a prop Russian T-72 main battle tank located at a training ground. The prop seems to have served as a practise target for US tanks training at the base, as it has several repaired hull breaches. In the video, the prop is also covered in pine branches allegedly to make the "tank" less visible in order to imitate certain combat situations.

Notably, the same training ground has a real T-72 at its disposal, but which is not used for target practice. The tank was captured as a trophy from the Iraqi Army during Operation Desert Storm in 1991.

The US uses a number of props and real American military equipment simulating Russian analogues for training purposes. Namely, on 20 May, the US Air Force revealed an F-16 jet painted in the camouflage of a Russian fifth-generation Su-57 stealth fighter in order to "realistically simulate" air combat against "probable enemies".