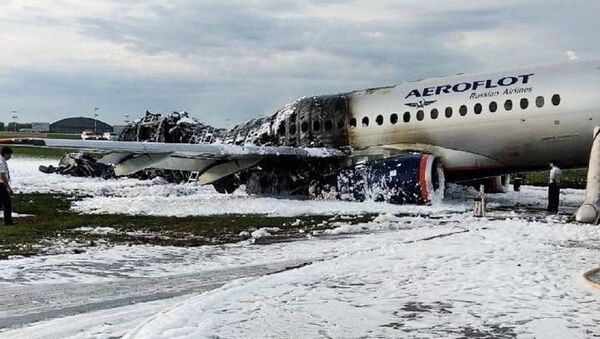 Russian state program on ensuring flights security is not compliant with international standards and the country does not therefore fulfill its commitments under the Convention on International Civil Aviation, Chayka added.

"Target and acceptable levels of flights security have not been defined yet. Neither have we defined who will be in charge of implementing the program [on ensuring flights security]. This program has not been upgraded since 2008," Chayka told Russian lawmakers.

The prosecutor general also slammed the Russian Transport Ministry for failing to develop necessary regulations, including those covering aircraft certification and staff training.

"The problem of quality of professional training for pilots remains acute," Chayka stressed.

Since 2017, 550 pilots were put on suspension and 160 flight certificates were annulled in Russia as a result of prosecutors' investigations, Chayka went on to say.

The SSJ100, bound for the northwestern Russian city of Murmansk, caught fire upon making an emergency landing at Moscow's Sheremetyevo airport following on-board electronics failure that it experienced less than 30 minutes after the take-off on May 5.