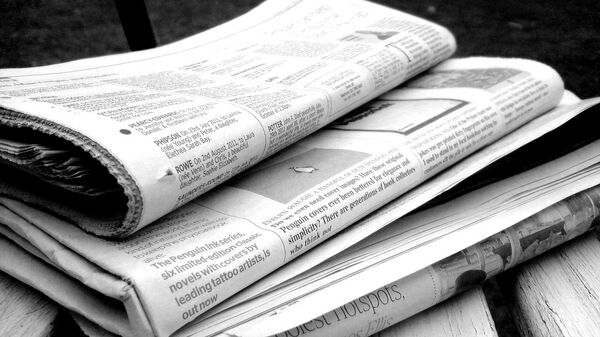 The farther to the right a person is, the lower the confidence he or she has in traditional news media,  the SOM Institute at the University of Gothenburg, Sweden, has found.

According to the survey, the position of the traditional media in Sweden has changed since in the 2000s, with many news sources and the social media challenging the established press and undermining their credibility.

At present, slightly over half of the Swedish population of 10 million (or 56 percent) have solid confidence in radio and television as social institutions. For the daily press, however, the figure is only 33 percent.

Only 44 and 24 percent of right-wingers have high confidence in radio and television and the daily press respectively, as opposed to 67 and 44 percent of left-wingers.

“The confidence in the media falls the farther to the right a person's party sympathies lie. We find the lowest confidence among the Swedish Democrats' sympathisers, where slightly over 30 percent have confidence in radio and television and only 15 percent believe the daily press”, media researcher Ulrika Andersson said in a statement from the SOM Institute.

Andersson ventured that the trust is lowest among people who feel that the news media fail to address social issues they themselves consider important.

According to the report, right-wing and anti-immigration Sweden Democrats sympathisers are characterised by “a general distrust of both the establishment and a number of social institutions”.

By contrast, people holding left-wing and centrist views who align with the Left, the Greens, the Social Democrats, the Centre and the Liberals, have an average trust level of 88 percent. Among right-of-the-centre sympathisers aligning themselves with the Moderate Party and the Christian Democrats, the trust level falls to 78 percent.

One of the reasons for this imbalance may the over-all left-wing slant of the Swedish press. A previous survey indicated that 41 percent of journalists identify with the Green Party and 15 percent identify with the Left Party (formerly known as the Communist Party).

Despite only winning 4.4 percent of the general vote in 2018, the Greens are supported by over 50 percent of the staff at Swedish Radio and the national broadcaster SVT, the newspaper Forskning och Framsteg reported.