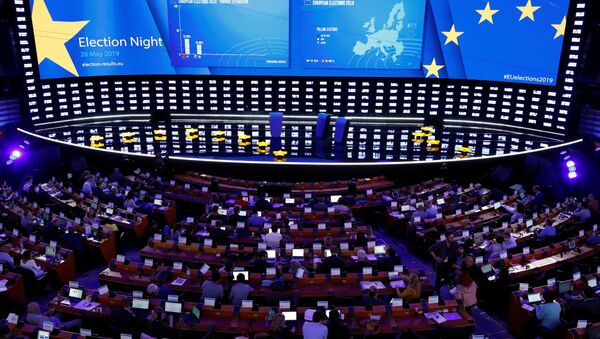 On Saturday, the left-leaning Green European political party emerged successful, winning a total of 70 seats in the 751-member European election, which is 19 more seats than the party won in the last election in 2014.

​The Greens came in second place in Germany, winning 20% of the vote and beating the country's center-left Social Democratic Party (SPD). In France, the Greens came in third place, and were fourth in the UK. In Finland, the Greens won a whopping 16% of the vote. The Green party's strong showing in the elections suggests that environmental issues may be more seriously addressed by the European Parliament.

"It was a very, very interesting electoral campaign and cycle. The kids really decided this one, and they didn't want the far-right populists to advance, and they decided what the agenda was going to be in this election. I think they taught them [the far-right] a serious lesson, and that was important," Barreto told Radio Sputnik Loud & Clear hosts John Kiriakou and Brian Becker, referring to the student activists around the world who walked out of class Friday. Students were demanding political action against the climate crisis in support of Fridays for Future, a movement started in August 2018 by then-15-year-old Swede Greta Thunberg.

"This was a great outcome for us — but we now also have a great responsibility, because voters have given us their trust," Bas Eickhout, a Dutch member of the European Parliament and the Greens' co-lead candidate for commission president, recently told the Guardian.

"Our voters, especially the younger generation, for many of whom we are now their first choice, are deeply concerned about the climate crisis, and they are pro-European — but they feel the EU is not delivering. They want us to change the course of Europe," Eickhout added.

"The Greens have been in power in Germany. In other countries, they haven't been in government. I think this is just how the parliamentary system works in Europe. You get these national parties, and they have to build blocs in Europe. So, this is going to be interesting how these new blocs are going to be established. Who are the Greens? We will see. Again, the blocs might change, and the good things about the Greens is… they are very good counterpoint to the eurosceptics," Barreto explained.

However, the European parliamentary elections also revealed the rise of right-wing sentiment in some of the bloc's biggest powers, especially in Italy, France and the United Kingdom. According to Vox, the far-right won around 25% of the seats in the European Parliament, representing a 20% increase since 2014.

"I think what it shows is that, yes, these are all obviously European elections; they are elections to the European Parliament. But to a very great extent we are still seeing national politics playing out, and national politics are different in each country," Mercouris told Sputnik.

"In countries like Poland and Hungary, right-wing governments that are popular for all sorts of reasons do well. In countries like Spain, where there has recently been parliamentary elections [where the] socialist party won, it has consolidated its victory… in Greece, where the socialist party has not done so well and has been in power for rather a long time, we see it swing back to the conservative, old, oligarchic establishment. In Italy, we are seeing a steady drift to the right. Of course, in France, things are very, very distinct there," Mercouris explained.

In France, voters have grown weary of President Emmanuel Macron's centrist reformist coalition, and far-right leader Marine Le Pen, the politician serving as president of the National Rally political party since 2011, struck back this year: her party topped the polls with more than 23% of the vote.

Similarly, in Italy, the nationalist Lega party won the majority of the country's seats, taking 34% of the vote compared to only 6% in 2014. In the UK, Nigel Farage's eurosceptic Brexit Party took 32% of the vote.