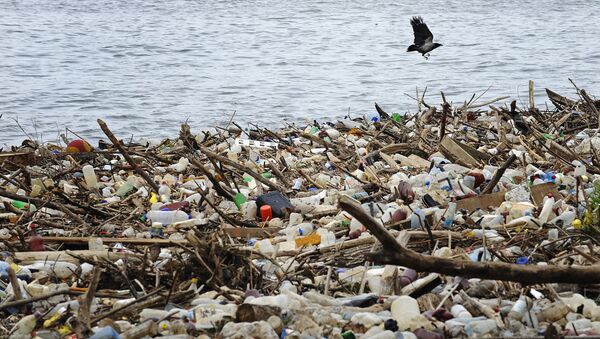 "Malaysia won't continue to be a dumping ground for the developed nations, and those responsible for destroying our ecosystem with these illegal activities are traitors," Yeo told reporters Tuesday, the South China Morning Post reported. "We will fight back. Even though we are a small country, we will not be bullied."

The waste-filled containers were shipped to Malaysia from the United States, the United Kingdom, Singapore, the Netherlands, Australia, Japan, China, Saudi Arabia and Bangladesh. The 450 metric tonnes' worth of waste include milk cartons, plastic packaging and even compact discs.

During the press conference Tuesday, Yeo noted that developed nations frequently export waste to developing nations such as Malaysia.

"Garbage is traded under the pretext of recycling," Yeo noted. "Malaysians are forced to suffer poor air quality due to open burning of plastics, which leads to health hazards, polluted rivers, illegal landfills and a host of other related problems."

Malaysia has been struggling with foreign waste ever since China banned plastic waste imports last year in an effort to improve its environment. Although China still allows the import of plastic, paper and scrap metal, it no longer accepts shipments containing plastic waste or recyclables mixed with waste. However, China's move has resulted in waste-exporting nations scrambling for new options on where to dispose of their endless supply of trash.

"Between January and July 2018 alone, Malaysia imported 754,000 metric tonnes of plastic — the weight of approximately 100,000 large elephants," the report states, also adding that plastic waste in Malaysia ends up being burned on "roadsides in the open-air, dumped in unregulated or poorly regulated dump sites close to bodies of water, discarded in abandoned buildings or just left to degrade and rot in the open."

"This is an important issue, and just the tip of the iceberg. It will get worse before it gets better, as these containers are only what have been discovered so far," he said, the South China Morning Post reported.

"It's not right for these countries to ship their rubbish here. Malaysia has its own plastic pollution and dumping issues that we have not yet fully begun to deal with. We shouldn't have to deal with imported rubbish as well," Sebastian added.

Earlier this month, the governments of 187 countries agreed on a new UN accord with the goal of limiting the export of unsorted plastic waste. However, the United States under the administration of US President Donald Trump will not participate in the move to add mixed plastic to the Basel Convention, the treaty that regulates the transfer of hazardous materials between borders. Under the 1989 treaty, exporters must receive consent from the governments of importing nations before shipping them contaminated, mixed and unrecyclable plastic waste.