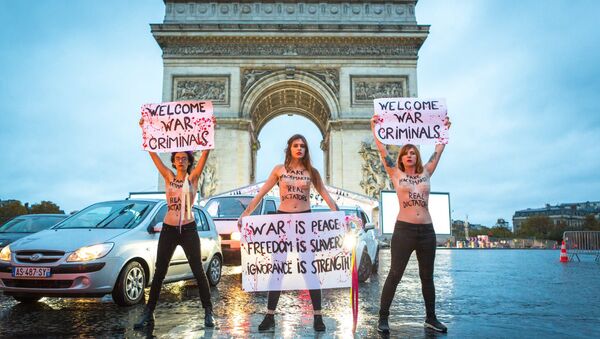 On 10 November, three topless Femen activists. who were holding banners reading "Welcome War Criminals", protested in Paris amid international events commemorating the 100th anniversary of the end World War I. Over 60 heads of state, including US President Donald Trump, attended Paris at that time to take part in a peace forum.

A court in Paris has sentenced two Femen activists who attacked the motorcade of Donald Trump in November 2018 to a conditional fine of 1,000 euros on charges of indecent behaviour, BFMTV reported.

The incident occurred on November 10, when large-scale events were held in the French capital to commemorate the centenary of the end of the First World War. Three topless activists from Femen tried to stop the Trump motorcade in the centre of Paris, but were detained by the police.

According to the media reports, one of the detained women escaped the sentence due to an error in the judicial procedure. 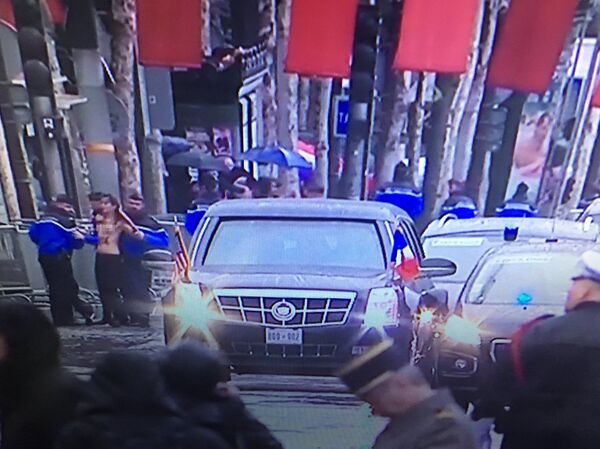 At a hearing in March, the prosecution asked to sentence the remaining two defendants to conditional imprisonment for one month.

Femen, which was founded in 2008 in Ukraine, is a feminist group that has developed a global reputation for predominantly topless protests, also known as 'sextremism'.