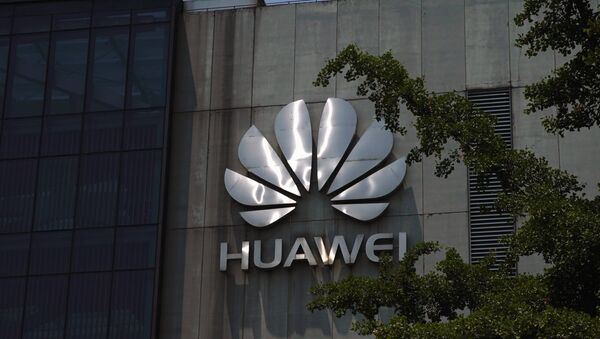 © REUTERS / Aly Song
Subscribe
International
India
Africa
The US, which has been warning allies against dealing with Huawei, has blacklisted the Chinese tech giant, thereby restricting its activity in the country. The US accuses Huawei of being sponsored by the Chinese state and spying on its behalf through its devices, a claim the company strongly denies.

The US administration has been exerting pressure on Israel to side with Washington in its raging trade war with Beijing, which would obligate it to bar several key Chinese companies from entering the country, Haaretz reported.

During a visit to Israel in January, US National Security Adviser John Bolton took up the issue, cautioning against allowing Chinese technology companies such as Huawei and ZTE to gain access to the Israeli market, the Israeli media outlet wrote.

While Israel values the US as its most important ally, Israeli Prime Minister Benjamin Netanyahu had reportedly hoped to fully welcome China, the world's second-largest economy after the US.

Israeli newspaper Marker reported last week that Tel Aviv had spurned demands by Washington to establish a special committee to monitor China’s technology and investment, adding that Israel is now seeking a balanced approach to placate US officials.

Asia
China Slams US Huawei 'Rumours', As Trump Mulls Including Firm in Trade Deal
Haaretz also revealed that Israeli officials were discussing a lucrative deal with the Hong Kong-based Chinese company Hutchison over the establishment of a seawater desalination facility, the largest of its kind in the world, near the Soreq plant south of Tel Aviv.

Hutchison submitted a proposal to set up the facility, but is competing with Israeli and joint Israeli-Spanish companies for the project.

According to the newspaper, the head of the Security Branch at the Israeli Defence Ministry, Nir Ben Moshe, reportedly expressed his “firm reservation” about choosing Hutchison to participate in the desalination facility’s construction, citing the site’s proximity to security facilities.

The site for the planned desalination facility would be in close proximity to an air base and a nuclear power plant.

“If you don't limit the Chinese penetration into Israel, security cooperation with the US will be harmed,” Trump was quoted saying by The Times of Israel.

According to the Axios report, the demand was made on March 26, minutes after Trump declared the US recognition of the disputed Golan Heights as part of Israeli territory.

“The fact that Trump himself raised the issue with Netanyahu indicates the White House may be growing impatient,” the report stated.

Donald Trump’s trade war with China remains in high gear as the US hiked tariffs on $200 billion worth of Chinese goods on 10 May, threatening to slap tariffs of up to 25 percent on an additional list of Chinese imports, worth about $300 bln. China promptly responded with retaliatory tariffs of its own.

Earlier this month, the US government hit Huawei Technologies with severe sanctions, with Donald Trump issuing an executive order that added the company and its 70 affiliates to a trade blacklist, thereby restricting its activity in the US. US companies hence require permission before trading with the telecom giant.

As a result, Google has had to suspend business operations with Huawei, including the transfer of all hardware, software and technical services, except those publicly available via open source licensing.

Huawei was also forced from the US 5G wireless market under the pretext that Chinese technology could be used by Beijing to spy on the US.

However, speaking at the White House on 23 May, Trump sought to offer reassurance that there was a “good possibility” that the negotiations with Beijing could get back on track. He also said that the currently blacklisted Huawei Technologies could be included in any trade deal with China.