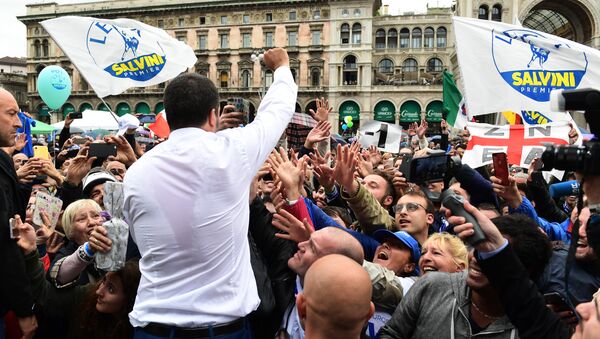 © AFP 2021 / Miguel MEDINA
Subscribe
This month's EU parliamentary elections were characterised by significant gains for Europe's right-wing parties, as the two centrist parties that had dominated the EU for decades ceded their overwhelming majority in the legislature.