EU Should Engage With Right-Wing Parties After Elections - Italian Diplomat 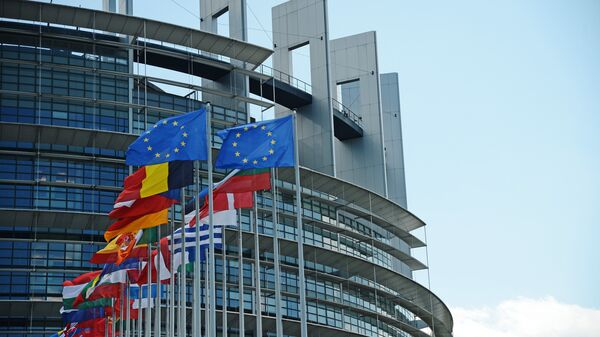 MOSCOW (Sputnik) - The European Union should take into consideration significant results of the right-wing parties in this weekend's EU elections and try to facilitate "inclusive dialogue" with them, Italian ambassador to Russia Pasquale Terracciano said Monday.

"We have to consider that the right-wing movement increased their consensus, their share of votes. I believe that would be in the interest of the European Union to facilitate a broader dialogue, an inclusive dialogue taking into account different instances that will be put forward by those movements. There is a clear political interest," Terracciano told press conference.

The diplomat pointed out that none of these parties, except for the United Kingdom's Brexit Party, advocate for the exit from the bloc.

"On the contrary they want to reform the European Union from within," Terracciano added.

According to the diplomat, the election results were "very expected" and "politically quite relevant."

"For the first time, we had in all the European countries a real debate, real attention to European elections. Also the participation of electorate increased, this is already an important meaningful political signal," Terracciano said.

Salvini Declares 'NEW Europe is Born' Amid Right-Wing Surge in EU Elections
The Italian diplomat suggested that the two major parties that used to be "in a way sharing power within European institutions" would now need backing of other groups.

Pasquale Terracciano's comments follow the success in the EU parliamentary elections claimed by the right-wing League party in Italy. According to the polls, League, the right-wing anti-immigrant party headed by Salvini, is projected to come first and get 26 seats in the European Parliament, a sharp spike from the current six.

Commenting on the poll results, Matteo Salvini, Italy's Deputy Prime Minister, Interior Minister and leader of the League Party said that the fact that his party has claimed victory is a sign of changes in Europe and it marks the beginning of a "new European Renaissance". He also mentioned the outstanding results shown by the National Rally party in France and the Brexit Party in the UK.

According to the latest results, the liberal-conservative European People's Party has secured 179 seats in a 751-seat European Parliament, while the Progressive Alliance of Socialists and Democrats has won 150 seats. Therefore, the two groups remained the largest forces in the parliament, but each lost large number of seats. Meanwhile, right-wing Europe of Nations and Freedom won 58 seats, while Europe of Freedom and Direct Democracy got 56 seats, both improving their results.

The elections to the 751-seat parliamentary institution were held across EU member states from May 23-26.