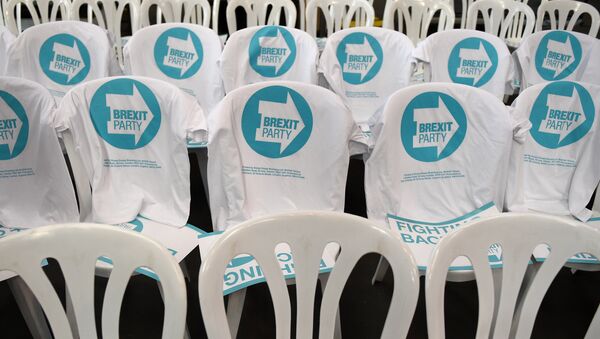 MOSCOW (Sputnik) - The Brexit Party is currently in the process of selecting candidates for seats in the European Parliament after the party’s victory at the European elections, as well as setting out a mandate for the next general election in the United Kingdom, Richard Wood, the party’s member, said on Monday.

"We did pretty well. Now they still do not comprehend that we are already in the process of selecting our candidates and setting out our Mandate for the general elections should they continue to fail on the full Brexit," Wood said.

The newly created Brexit Party of Nigel Farage came out on top with 31.7 percent of the UK vote so far, while the Conservatives won only 8.7 percent. Farage has already pledged to win the next general election if the Conservatives fail to implement Brexit by October 31.