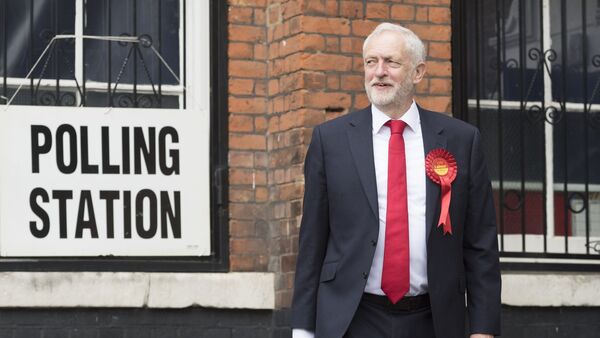 Jeremy Corbyn, the leader of the UK opposition Labour Party, said Sunday that Britons should be asked again on Brexit, either through a general election or a second referendum, Reuters reported.

"With the Conservatives disintegrating and unable to govern, and parliament deadlocked, this issue will have to go back to the people, whether through a general election or a public vote […] Over the coming days we will have conversations across our party and movement, and reflect on these results on both sides of the Brexit divide", Corbyn was quoted as saying by Reuters.

On Friday, UK Prime Minister Theresa May announced in an emotional farewell that she would resign as the Tory party chief on 7 June. She said she regrets her failure to deliver Brexit. Soon after that, Corbyn on Twitter called on “whoever becomes the new Tory leader” to organize general elections in the country. A snap poll by YouGov suggests that 46 per cent of the British people back the idea.

A 'Game of Thrones': What Happens To Brexit After PM May Leaves No 10?
The EU-UK divorce became the key issue during May's term as prime minister. Earlier this week, May presented a new version of a Brexit plan with a concession on a second referendum and a promise of closer alignment with the European Union on trade. The plan, however, was met with disappointment in her own Cabinet.

May, who sided with the Remain campaign ahead of the Brexit referendum, became the prime minister shortly after the 2016 vote, taking charge of divorce negotiations. Her divorce deal agreed with the European Union, was rejected by UK parliament three times. Instead of leaving the European Union on 29 March this year, the United Kingdom was given an extension until 31 October.