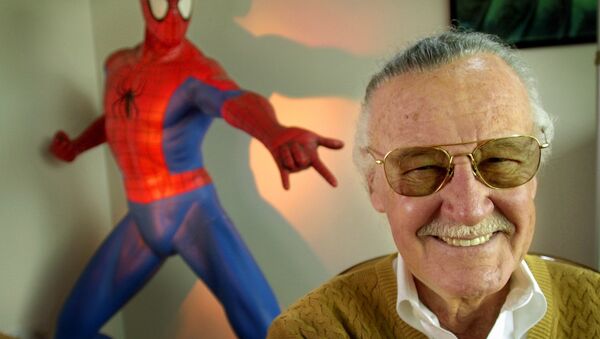 The man allegedly kidnapped Stan Lee in 2018 and attempted to turn him against his family, according to court documents.

Keya Morgan, a former business partner and caretaker for world-famous comic book creator Stan Lee has been charged with elder abuse, according to the Los Angeles Police Department.

The police say, Morgan used his influence to deceive Lee into thinking he was in danger and removed him from his home for several days in June of 2018, as CBS News reported. After Lee was removed from Morgan's captivity, the manager was arrested and slammed with a restraining order.

According to court documents, Morgan isolated Lee from his family and moved him to his condominium, where he "exerted undue influence" over the comic book author.

India’s 2nd Moon Mission to Be Cheaper than Half of Avengers Endgame’s Budget
Lee's attorneys say his former partner also mishandled some $5 million of Lee's money, according to a report by TMZ.

The incident in question occurred approximately one year after the death of Lee's wife Joan. Since then, media has spread rumours that Lee has become a target for people who seek to exploit him.

Keya Morgan has been charged with three charges of false imprisonment, grand theft of an elder or dependent adult and the misdemeanour charge of elder abuse.

Lee is the creator of Marvel comic book heroes and recently rose to prominence with the launch of the Marvel Cinematic Universe (MCU) franchise that triumphantly revived old characters with the 2008 release of Iron Man starring Robert Downey Jr.  and recently '2019 Avengers: Endgame' the highest grossing MCU ever which earned more than $785 million. Before the release of the Avengers saga finale, the list was topped by the Black Panther, which brought in $700 million at the Box Office.