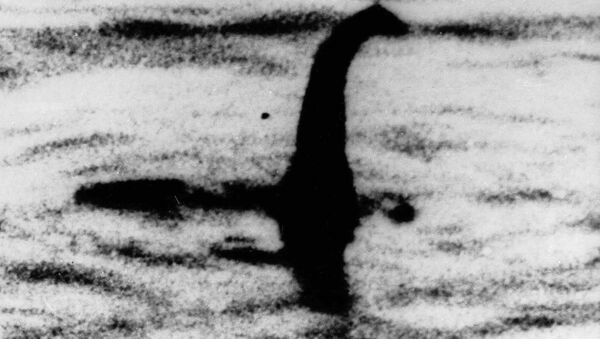 © AP Photo
Subscribe
The enduring myth of Loch Ness, which was busted 25 years ago by a man who helped fabricate the first modern-day sighting, is getting a second wind after a teen said he has "the most accurate photos" of Nessie in decades.

A US student has caught on camera what he believes is the fabled Lock Ness Monster — or its relative — holidaying thousands of kilometres away from its "home" in Scotland.

Matthew D'Amico, a 17-year-old Florida student, was hiking in Banff, Canada's first national park in the western province of Alberta, when he stumbled across a creature swimming in the river.

"All the hairs on my body went up as I became astonished at what I saw in the water," Matthew said, as cited by Scottish outlet STV News.

"After an hour hiking, we took a break on a hill with a great view of Bow River where my sister and I saw what appeared to be a prehistoric animal swimming. I pointed my sister to what I was seeing, and she too stood shocked."

Is this proof that the Loch Ness Monster exists?

The picture was taken in Canada…

The boy was quick to take some photos, and then it struck him that the creature could be the elusive Nessie. One of the images shows what looks like a neck sticking out of the water — or a simple log giving a plausible impression of a reptile.

"I have what I believe to be the most accurate photos of the Loch Ness Monster that has been captured since the 1933 photo," Matthew stated.

"Sadly, my parents and sister did not make it in time before the creature disappeared below the surface. But when I showed the photos to my family, they also were astonished and thought the same thing.

The earliest reports of the monster date back to the sixth century, but the modern legend came to prominence after the first supposed photo of Nessie, commonly known as the "surgeon's photograph", emerged in 1934.

Several underwater search operations, sonar studies and satellite tracking have all failed to find any evidence supporting that Nessie has ever existed.

The legend of Loch Ness received a huge blow in 1994, six decades after the iconic photo graced the pages of national tabloids, when a man going by the name Christopher Spurling revealed that it was a hoax and he was involved in its production. The "creature" in the picture was in fact made out of a toy submarine with a plastic snake-like head stuck on it.