Moscow: Int’l Tribunal for Law of Sea Has No Jurisdiction Over Kerch Strait Case 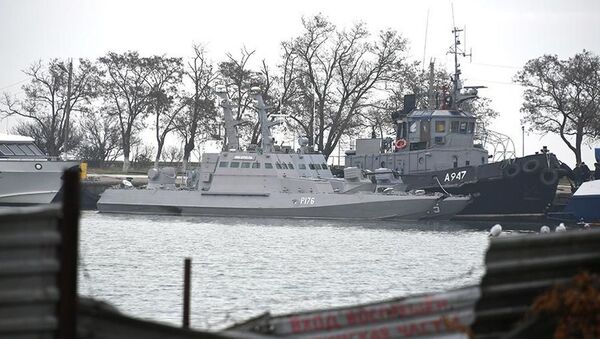 CC BY 4.0 / Government of the Republic of Crimea / Detained ships in the port of Kerch
Subscribe

Earlier, the Russian side informed the International Tribunal for the Law of the Sea (ITLOS) that it would not take part in the hearings, since this tribunal did not have jurisdiction to consider Ukraine's in connection with the Kerch Strait incident, when three ships of the Ukrainian Navy crossed the Russian border.

The Russian Foreign Ministry, commenting on the decision of the International Tribunal for the Law of the Sea, obliging Moscow to release Ukrainian sailors, stated that the possibility of invoking the 1982 UN Convention on the Law of the Sea to resolve the incident in the Kerch Strait was excluded.

"As the Russian side has repeatedly stated, statements made by both Russia and Ukraine, when signing and ratifying the UN Convention on the Law of the Sea of 1982, exclude the possibility of using the Convention's dispute resolution procedures regarding the incident of 25 November 2018 in the Kerch Strait", the Russian Foreign Ministry said in a statement.

Ukrainian Navy to Engage Intl Observers for Next Kerch Strait Passage - Official
On November 25, Ukraine's Berdyansk and Nikopol gunboats, and the Yany Kapu tugboat illegally crossed the Russian maritime border as they sailed toward the Kerch Strait, the entrance to the Sea of Azov. Russia seized the Ukrainian vessels and detained crew members after they failed to respond to a demand to stop. After the incident, a criminal case on illegal border crossing was opened in Russia.

Moscow has repeatedly slammed Kiev's attempts to portray the detained sailors as prisoners of war, stressing that they faced criminal charges. Russian President Vladimir Putin said that the incident was a provocation prepared in advance as a pretext to declare martial law in Ukraine, which was announced after the incident and lasted for a month. Putin said the provocation might have been linked to former Ukrainian leader Petro Poroshenko's low approval ratings before the presidential election.