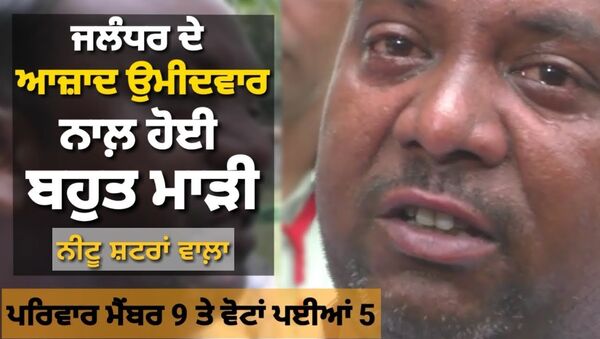 The "crying" video has gone viral as netizens were left with fits of laughter. The politician was not affiliated with any political party and had contested as an independent candidate. Votes for the seven-phase Indian Parliamentary Elections were counted on Thursday.

New Delhi (Sputnik): A video clip on social media is drawing attention because it has captured a political aspirant, who ran in national elections woefully crying on vote counting day upon learning that even all nine members of his family voted against him.

READ MORE: Indian Elections 2019: As BJP Heads for Landslide, Twitteratti is on Fire

The video was shot mid-way through the vote counting process.

Neetu Shutteran Wala had contested as an independent candidate from Jalandhar constituency in the northern Indian state of Punjab.

"I have received only five votes so far. This is shocking because I have a family of nine who had voted", he cried.

Towards the end of counting, however, he had some reason to smile as he managed to get 856 votes.

Then what is this? pic.twitter.com/YovlfMJHn5

He has been ridiculed on social media with people commenting with laughing emojis.