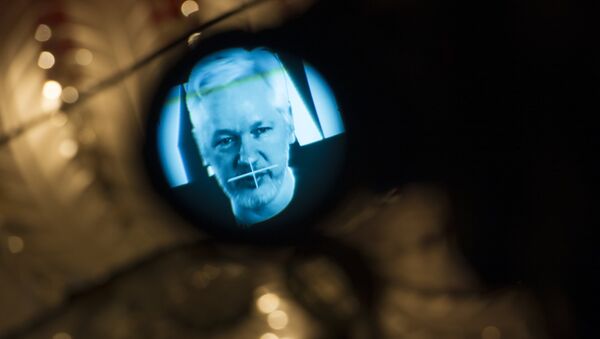 © AFP 2023 / STEFFI LOOS
Subscribe
International
India
Africa
WASHINGTON (Sputnik) - The use of the US Espionage Act in indicting WikiLeaks founder Julian Assange may set a precedent and potentially threaten the work of journalists, Senator Ron Wyden said in a statement.

"This is not about Julian Assange. This is about the use of the Espionage Act to charge a recipient and publisher of classified information", Wyden stated on Thursday. "I am extremely concerned about the precedent this may set and potential dangers to the work of journalists and the First Amendment".

The American Civil Liberties Union (ACLU) in a press release said the US decision was a "direct assault on the First Amendment".

"For the first time in the history of our country, the government has brought criminal charges under the Espionage Act against a publisher for the publication of truthful information", the ACLU said.

The Justice Department said in a release that the indictment alleges that Assange was complicit with former US Army intelligence analyst Chelsea Manning in illegally obtaining and disclosing classified documents related to national security.

The United States has to provide the UK government with all necessary documents for Assange's extradition until 12 June.

Assange's lawyers and supporters said they fear that he could be charged under the Espionage Act in the United States and face the death penalty.