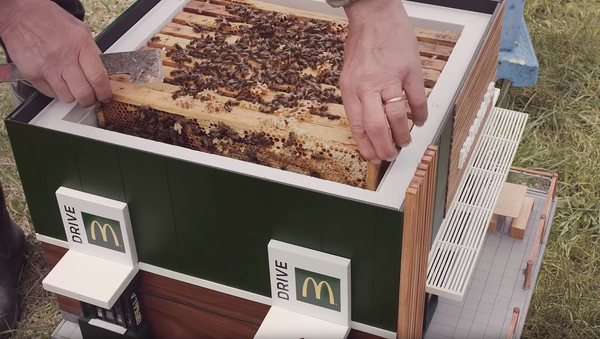 Fast food giant McDonald's has expanded in a different kind of way in Sweden. In an effort to save the dwindling bee population, the McHive, a miniature replica of the of the restaurant, has been fixed to the roofs of at least five stores in the country.

Complete with a drive-thru, patio tables and the classic golden arches, the McHive is also functional, as the top can be removed to expose the honeycombs.

As part of National Bee Day on May 20, one of the McHives fetched $10,000 at a local auction, with proceeds going to the Ronald McDonald House charity.

McDonald's franchises in Sweden are not stopping there, though. Nord DDB, the co-creator of the McHive, mentioned under their YouTube video that many Swedish locations have even "started replacing the grass around their restaurants with flowers and plants that are important for the wellbeing of wild bees."