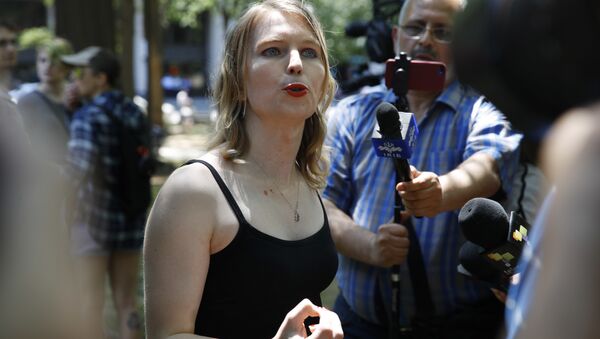 On Thursday the US Justice Department indicted WikiLeaks founder Julian Assange on 17 additional charges, including violating the Espionage Act.

Whistleblower Chelsea Manning has blasted the announcement of 17 new charges against WikiLeaks founder Julian Assange, noting they indicated that the law would be used as a "sword" against the freedom of the press.

According to the statement made by Manning and her attorney Moira Meltzer-Cohen, Thursday's events underscored what Chelsea has previously said, "[a]ll of the substantive questions pertained to my disclosures of information to the public in 2010-answers I provided in extensive testimony, during my court-martial in 2013".

"I continue to accept full and sole responsibility for those disclosures in 2010", Manning said in a statement Thursday evening. "It's telling that the government appears to have already obtained this indictment before my contempt hearing last week. This administration describes the press as the opposition party and an enemy of the people".

"Today, they use the law as a sword, and have shown their willingness to bring the full power of the state against the very institution intended to shield us from such excesses", she said.

Manning's attorney, meanwhile, noted that the development "signals a real shift, and sets a new precedent for the federal government's desire to chill and even punish the vigorous exercise of the free press".

Assange was arrested last month in London and subsequently charged with helping Chelsea Manning break into a US government computer.

Among the offences that Assange was charged with on Thursday was one he allegedly perpetrated in 2010 when he published a "narrow subset" of documents naming individuals working with the US government including sources in Afghanistan and Iraq. These papers were also part of Manning's enormous trove of documents leaked via WikiLeaks.

Chelsea Manning Releases VIDEO Statement on Release From Jail
Manning was sent to a jail in Alexandra, Virginia, last Thursday, for refusing to cooperate with a grand jury seeking her testimony for its investigation into Assange.

She was previously detained for 62 days for failing to cooperate, only being freed two weeks ago when the grand jury's term expired. Manning earlier served a seven-year prison term, from 2010 until 2017, for having stolen secret US documents proving the US military committed — and covered up — war crimes in Iraq and Afghanistan.

She published them via WikiLeaks, the document-leaking website founded by Julian Assange, and the object of interest in a grand jury probe presently seeking Manning's testimony.