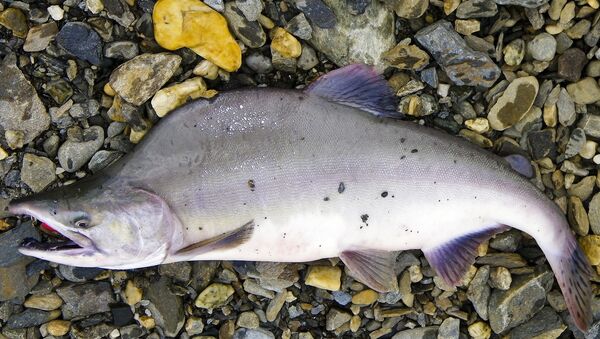 Millions of farmed salmon in northern Norway have been suffocated in an algae bloom that the authorities are struggling to bring under control, the Norwegian Fisheries Directorate has said.

Since mid-May, over 11,000 tonnes of farmed salmon have died in their pens in fjords in the counties of Nordland and Troms alone, the Fisheries Directorate estimated.

That represents several million fish and a huge financial loss of hundreds of millions Norwegian kroner (tens of millions of dollars). Estimations of losses range from NOK 620 million ($70 million) to well over NOK 1 billion ($110 million).

The salmon blight has affected about a dozen companies and is predicted to leave a massive dent in the industry's revenues. The company Ballangen Sjøfarm is one of the hardest-hit, and its CEO Ottar Bakke described the situation as "very serious".

"We have lost 2.7 million fish, just over 3,000 tonnes. This is well over 50 percent of all the fish we have", Bakke lamented to national broadcaster NRK.

The salmon stocks have been ravaged by algae belonging to the Chrysochromulina family. It is fairly common in Norwegian waters and its exuberant bloom is known to literally choke fish to death.

While wild salmon are less affected by the bloom as they are free to swim to less smitten areas, its farmed counterpart living in caged areas are virtually powerless against the green pest.

​The advent of the "killer algae" has already taken its toll on Norway's fish market. Over the past week alone, salmon prices shot up by more than 5.7 percent to reach NOK 65 ($7.5) per kilo. The Fisheries Directorate warned that the algal bloom "is not over", which is why the death toll could become much higher.

A similar mass death of salmon was experienced in 1991, when the green plague ravaged from mid-May to the end of June.

Having pioneered salmon aquaculture in the 1960s, Norway has since risen to become Europe's largest supplier of farmed fish. In 2018, Norway exported 1.3 million tonnes of farmed salmon worth NOK 67.8 billion ($7.8 billion), with the EU being its primary importer.

Over the past decade, the value of Norwegian seafood exports has increased by 156 percent. Fish is the Nordic country's second leading export after only petroleum products.