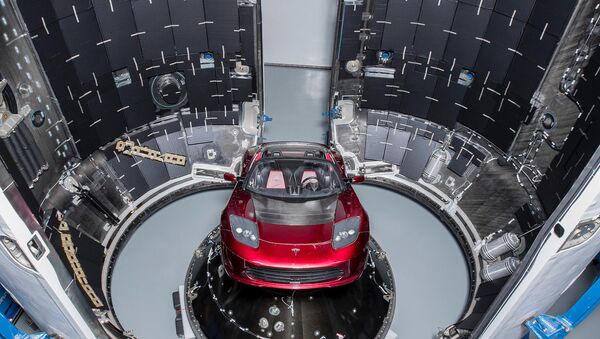 It has appeared Tesla, which has been seen as a top promising growth story by many, has entered a dangerous phase, following an invitation-only call with Morgan Stanley’s institutional clients on Wednesday.

It is a prominent research analyst and a long-standing devoted Tesla bull, Adam Jonas, who has expressed quite a few doubts in the electric car maker’s performance, urging the public not to count on a buyer like Apple to bail the company out, he told investors in a phone call, a recording of which has been obtained by Business Insider.

Jonas notably started the call by telling a tale of two, as it turns out, companies going by the same name – “Tesla”: one that investors witnessed at the end of the fourth quarter of 2018, and another one that they are seeing now. While earlier demand for Tesla models exceeded supply to a great extent, with cash flow being strong and “by our lens, there was excitement around the Model Y”, Jonas noted that the whole story is completely different now. The expert explained things in the following way:

"Today, supply exceeds demand, they're burning cash, nobody cares about the Model Y, the company raised capital near lows, no strategic buy-in”. Jonas proceeded by saying that there could have been a strategic involvement in the capital raise, like “someone to fill the board to provide some know-how”. However, he bemoaned that there was hardly any.

He separately dwelled on the hope that a tech giant like Apple or Amazon might purchase Tesla, pouring a bit of cold water on what he sees as excessively ambitious aspirations:

“For risk mitigation and liability containment, they may not want to expose themselves to the unlimited liability of being involved in owning a business where occasionally a car catches on fire, takes down a building, or accidentally kills a pedestrian or passenger, things that happen”, Jonas explained, adding the auto industry has “an ugly side to it”, with roads being dangerous and the regulatory environment “having not had time to cure yet”.

Jonas also told investors that in light of Tesla’s acquisition of SolarCity, there is a possibility Elon Musk, the company’s head, could use his 54% stake in SpaceX, his other brainchild and a company worth around $31.5 billion, to eventually collateralise Tesla. He argued that there is a precedent for Elon Musk to think across the whole of his portfolio of companies.

Meanwhile, according to Jonas citing Wall Street, Tesla will deliver no more than 70,000 vehicles in the second quarter of 2019, while Morgan Stanley estimates suggest more optimistically that the number will climb to 82,000. Meanwhile, the company announced it would deliver 90,000 cars this quarter, reaching 400,000 overall vehicle deliveries in 2019, according to its first-quarter shareholder letter.

The comments come amid a downward trend that Tesla’s stock has seen in the past few months. It has been registered going down 15% since last Thursday, and dropped 6% on Wednesday to under $193. The downtick began last week after an email surfaced in which Tesla CEO Elon Musk urged employees to cut spending and told them he would personally keep control of the company’s expenses.