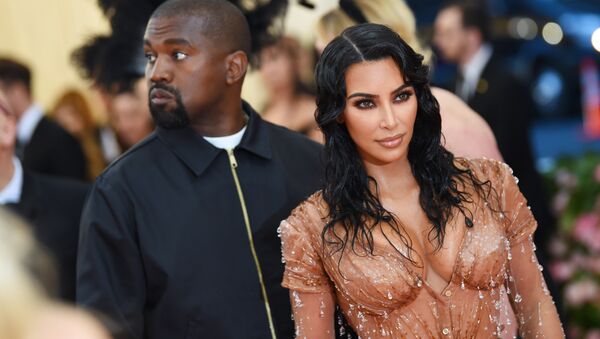 Keeping Up With the Kardashians matriarch Kris Jenner has revealed details about what inspired her daughter Kim Kardashian and son-in-law Kanye West to name their newborn baby Psalm.

"The inspiration was the Book of Psalms in the Bible. I think it’s just a wonderful way to celebrate how they feel. And he’s such a blessing, so it's perfect", Jenner told ET while gushing over her "adorable" grandson.

Jenner's comments confirm previous claims by a source close to the rapper that the name was a reflection on Kanye’s recently renewed dedication to his Christian faith.

"Kanye has been going through a spiritual revival lately. Every name has a meaning that is personal between Kanye and Kim and the child. Psalm is a good reflection of where Kanye and Kim are spiritually. I know that both of them read the Bible regularly now. Kanye loves the Books of Poetry of the Bible: Job, Psalms, Proverbs, Ecclesiastes, Song of Solomon. He reads them over and over. Psalms is the longest book in the Bible, but Kanye believes that there’s a lot of wisdom in them", the insider told PEOPLE.

The couple’s fourth child was born on 10 May via a surrogate, but they waited a week before officially announcing his name: Kim shared a screenshot of a touching message and a photo of the baby from Kanye on her Twitter account:

The choice of the name comes amid Ye's weekly Sunday Service gatherings which, as Kim has previously said, have become a "healing experience" for her husband.

The Wests obviously have a penchant for choosing extraordinary names and made sure their other children, 5-year-old daughter North, son Saint, 3, and daughter Chicago, 15 months, had meanings behind their monikers. Shortly after North’s birth, Kris Jenner spilled details on the significance of her granddaughter's name on The View:

"The way [Kim] explained it to me was that North means highest power and she says that North is their highest point together. I thought that was very sweet".

As for their son Saint, an insider told E! News that Kim and Kanye picked that name because they viewed him as a true "blessing" — especially given Kim's difficult pregnancy. In January 2018, the makeup mogul and the musician welcomed their third child, daughter Chicago, with Kanye's fans speculating that it was after the city he grew up in.