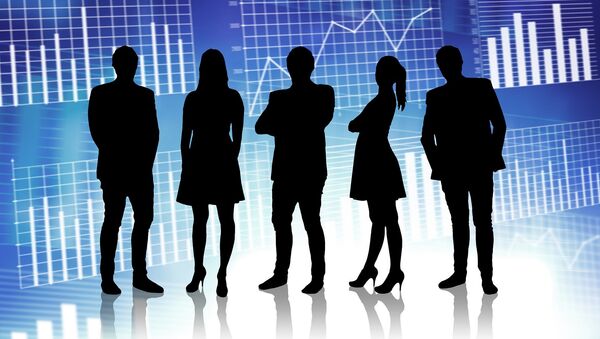 It may be your money – not your mind.

A study published in the Journal of Personality and Social Psychology on Monday found that individuals who self-identify as belonging to a higher social class are more prone to believe they are competent than those in within lower classes.

"Advantages beget advantages. Those who are born in upper-class echelons are likely to remain in the upper class, and high-earning entrepreneurs disproportionately originate from highly educated, well-to-do families," Dr. Peter Belmi, assistant professor of leadership and organizational behavior at the University of Virginia's Darden School, asserted in a statement to the American Psychological Association (APA).

Research conducted by Belmi and his colleagues involved a few different investigations examining the potential link between overconfidence and social class.

For the largest of the series, over 150,000 small business owners in Mexico seeking a loan were asked to share their income, level of education and perceived social status. The businesspeople were then asked to complete a "psychological assessment" in the form of a flashcard activity that showed an image on both sides and then asked if they matched (without allowing the applicant to flip back-and-forth). Following 20 trials, applicants were instructed to rank their performance, on a 1 to 100 scale, against that of others applying for the loan.

According to Belmi, researchers found those who possessed more income and education and perceived themselves to be of a higher social status held an "exaggerated belief" that they would score better than those within a lower social class.

An online, 1,400-participant investigation involving a trivia quiz yielded similar findings, associating higher social class with overconfidence concerning one's performance on the assessment. Results, on the other hand, did not correspond to those individuals' inflated sense of personal knowledge.

A third investigation took 236 undergraduate students and had each of them complete a 15-question quiz, followed by a prediction of how they fared against others. Individuals were again categorized by their family's income, as well as their parents' education level.

The following week, the students returned to record mock interviews that were later evaluated by over 900 judges. Those judging were tasked to watch one of the videos and rate their impression of the undergrad's level of competency.

While researchers once again found those in a higher social class exhibited an exaggerated belief in how they scored in comparison to others, the second part of the investigation revealed that such overconfidence was mistaken for greater competency by the judges.

"Individuals with relatively high social class were more overconfident, which in turn was associated with being perceived as more competent and ultimately more hirable, even though, on average, they were no better at the trivia test than their lower-class counterparts," Belmi noted to APA.

Belmi added that this overconfidence may come down to values tied to particular social classes. While middle and working class individuals tend to differentiate themselves through expression and embracing humility, respectively, those within a higher social class are raised to believe that success comes somewhat naturally.

"These findings challenge the widely held belief that everybody thinks they are better than the average. Our results suggest that this type of thinking might be more prevalent among the middle and upper classes," Belmi said as part of his closing statements.