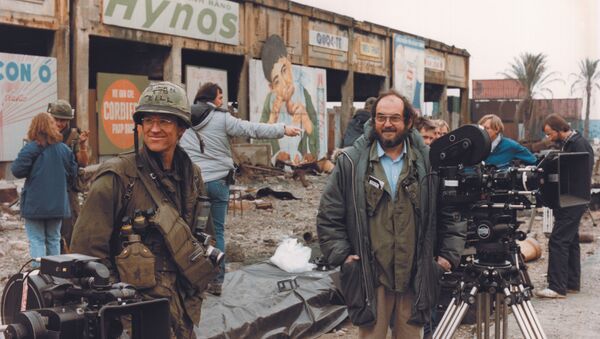 © Warner Bros. Entertainment Inc.
Subscribe
The exhibition takes place 20 years after Mr Kubrick's death and showcases his ground-breaking career via a collection of personal artefacts, photos and movie props, as well as explores his work as a photographer, storyteller and later, director.

London's iconic Design Museum will be commemorating the life and work of one of the 20th century's greatest filmmakers, Stanley Kubrick, from 26 April to 15 September.

Marking the first time that the exhibition has been curated in the UK, the tour highlights the "obsessive genius" of Mr Kubrick, including 40 years of directing and filming his trailblazing films in London.

Vanity Fair: Famous Actresses and Models at the Cannes Film Festival
Works on display include Stephen King's thriller The Shining, Full Metal Jacket, 2001: A Space Odyssey, A Clockwork Orange, Dr Strangelove and others, as well as unreleased film footage.

The Design Museum has meticulously curated ten of the filmmaker's renowned movies using themed rooms complete with props and background info, with attendees walking the iconic carpet from The Shining and entering the ‘one-point perspective' corridor based on Kubrick's famed camera technique.

Visitors can also see the Centrifuge-set from 2001: A Space Odyssey, the original platoon flags and ‘Born to Kill' helmet donned by Private Joker in Full Metal Jacket. Ornate costumes from Barry Lyndon and filming materials loaned from the Stanley Kubrick Archive at London's University of the Arts Archives and Collections Centre are also on display.

Kubrick's illustrious career is shared with important works from designers Saul Bass, Hardy Amies, Ken Adam, and Milena Canonero, as well as art and photography from Allen Jones, Diane Arbus and others.

Emblazoned throughout the gallery are some of Kubrick's most famous quotes, in addition to placards featuring commentary from legends in the film industry on his unique mastery of his trade, which aim to tell Kubrick's story just as Kubrick himself did for his audiences.

Who Was Stanley Kubrick?

Stanley Kubrick was born in Manhattan, NYC on 26 July 1928 and was an avid photographer, working for Look magazine prior to starting his career as a filmmaker.

Whilst Mr Kubrick avoided school and had poor attendance records, he had an above-average IQ and played drums as well as chess in high school. Kubrick also aspired to become a baseball star and writer, and would often visit the Museum of Modern Art in New York in his free time. Later on, he applied for university but all of his applications were rejected, leading Mr Kubrick to focus on filmmaking in the 1950s. 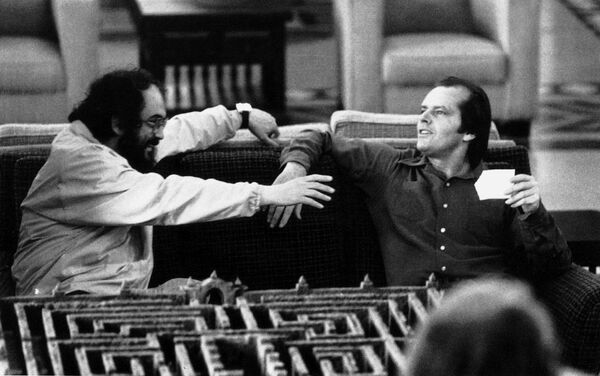 His break into cinematography begin with the movie Fear and Desire, where he took several roles in the filmmaking process, including editing and directing. Kubrick would later release ten films such as Dr. Strangelove, 2001: A Space Odyssey, A Clockwork Orange, Spartacus, The Shining, Full Metal Jacket, Eyes Wide Shut, Lolita (based on Russian author Vladimir Nabokov) and others, spanning his career from 1957 to 1999.

Kubrick would later move to England in the 1960s to immerse himself in his films, taking up residence at Childwickbury Manor in Hertfordshire, UK. He would live there until his death just before releasing his final movie, Eyes Wide Shut, on 7 March 1999, with the film leading to widespread acclaim.

Legendary filmmaker Steven Spielberg said that "nobody could craft a movie better than Stanley Kubrick," and that Mr Kubrick was "an inspiration to us all".

"Stanley was a chameleon with the astonishing ability to reinvent himself with each new story he told," Mr Spielberg said. "I defy anyone who just happens upon a Kubrick film while channel surging to try with all your might to change the station — I have found this to be impossible."

If film lovers and filmmakers wanted to "understand and experience how Stanley Kubrick created these unforgettable worlds," he urged them to attend the "wonderful exhibition" at London's Design Museum.

Special advisor to the Design Museum, Alan Yentob, urged attendees to visit the exhibition if they wanted to "step inside the mind of one of the greatest film directors of all time," to visit the gallery.

"Stanley Kubrick's imagination was boundless and his mastery of every aspect of filmmaking will be on display" at the "Festival of Stanley," Mr Yentob said.

Background on Stanley Kubrick: The Exhibition

The Design Museum worked in partnership with the Deutsches Filmmuseum, who developed the exhibition and thanks The Reuben Foundation for funding the event, in addition to the exhibition partner TASCHEN. Other partners include the British Film Institute (BFI), the official programme partner for the exhibition, who also made Kubrick Now: A programme of events at the Design Museum, as well as BFI Southbank in London.

The exhibition is a development of the Deutsches Filmmuseum's hugely successful exploration. The Design Museum is grateful for the support of Principal Funder, the Reuben Foundation and exhibition partner, TASCHEN. The Design Museum has worked with the BFI to develop Kubrick Now: A programme of events at the Design Museum* and BFI Southbank. The BFI are official programme partner for Stanley Kubrick: The Exhibition.

For more information and tickets, kindly contact or visit The Design Museum