Forty Years of Privatisation Has Left Most Britons Out of Pocket 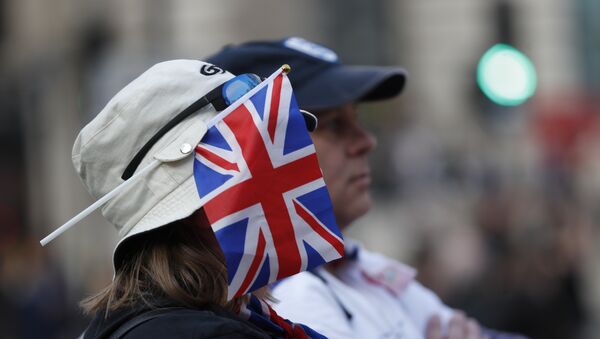 Small shareholders own only a tiny proportion of the billion of pounds worth of assets that were sold off. Many of these assets are now owned by hedge funds. A large number are in foreign ownership, including quite ironically the state ownership of other countries.

We can have subsidiaries of German and Dutch state railways running our trains, (and buses) and charging British passengers higher fares than passengers in their home countries, but not British Rail.

The pockets of the public have been picked twice by the privatisers. Not only are prices for services once provided by the British state/ public sector considerably higher post-privatisation- even allowing for inflation, the level of subsidies to private operators of services has in some cases been higher than the old state-providers received. Forget the talk about 'free market forces', what has actually happened is privatisation of the profits, with the taxpayer helping to underwrite losses as in the old days, but with no ownership stake.

Government funding for the railways for instance is around three times more than it was in the late 1980s under British Rail, averaging about £5bn a year from 2012-17.

In 2017/8 net government support to the rail industry totalled £6.4bn.

It's hard to decide which privatisation has been the most disastrous for the public. Britain's train fares are around five times higher than in the rest of Europe- and they went up again on average by another 3.4% in January.

It's a similar story with our buses, which were privatised in the mid 1980s.  A 2014 report by the Institute for Public Policy research revealed that non-London bus fares in England rose by 35 per cent above inflation between 1995 and 2013 and 34 per cent and 20 per cent in Scotland.

Not only have fares rocketed, but services have been cut too. It was reported only this week by the House of Commons Transport Select Committee that 3,088 routes had been reduced or cut altogether since 2011. In 1984, the last year before Thatcher's Transport Act, which privatised bus travel was passed, the number of journeys made by bus was 5.65bn.

Regarding water, by 2015 bills had risen by around 40% since privatisation in England and Wales in 1989. In the days when water was publicly owned, the water rates were an insignificant item of household expenditure. Now millions of people fear their latest water bill landing on their door mat.

In 2014 a new report found that energy, rail and water privatisation costs households across the UK an average of £250 a year. Some would say that's a very conservative estimate.

The latest big privatisation was the Tory/Lib Dem coalition sell-off of the Royal Mail, which had been in state hands since its inception in the 16th century.

Again, the public were ripped off on a grand scale. On the first day of trading shares leapt by 38%. A 2014 report held that the company had been undervalued by £180m. A Parliamentary select committee put the figure even higher, at £1bn.

Yet again, the hedge funds made a killing. Taxpayers meanwhile were left holding the Royal Mail's ever-widening pension fund deficit, and paying a lot more for their stamps.

Since privatisation- and leading up to it, the price of sending a letter has increased markedly. The price of second class stamps rose from 36p in 2011 to 50p a year later. On 25th March the price went up again, to 61p, breaching Ofcom's price cap. First class stamps now cost 70p. Ten years ago, they cost just 39p. Old people, more likely to use the post than other age groups, have been hit disproportionately by the increases.

It's not all about paying far more for things than we need to. Privatisation has also diminished the public space. Everything is about profit maximisation. The designer Sir Terence Conran contrasted the instructions he received from the state-owned British Airports Authority when working on the interiors of Heathrow Terminal One and the North Terminal at Gatwick in the 1960s, with those received from the privatised BAA by Richard Rogers, the architect of Heathrow's Terminal 5 building, which opened in 2008.

Conran was told to make room for lots of public seating. 'The priority was a concern for the users' comfort and, in particular, to relax and put at ease people who, at that time, might have been anxious about air travel. Rogers, by contrast said of his brief 'they don't want any seating for the public'. If people wanted to sit down they'd have to do so at a cafe and bar and pay for the privilege.

Privatisation was accepted by all governments post-Thatcher, but the election of Jeremy Corbyn as Labour leader in 2015 has at last led to a policy, which has enriched the few but left the many worse off, being challenged.

Labour has pledged to renationalise the railways, the water in England, the Royal Mail and Britain's energy network. These proposals should be utterly uncontroversial, yet they have been met with fierce denunciation. We are told that the party's plans to renationalise water would be a 'disaster'.

So Bad It's Funny: Social Media Reacts to Tory Chaos as UK Voters Head to Polls
But we had publicly-owned water in England right up to 1989 and the system delivered much lower bills than today. More than 70% of England's water industry is now owned by foreign capital.  If there is a 'disaster' it's the current model.

There's been similar attacks on Labour's plans to bring the railways back into public ownership and to renationalise the National Grid.

If anything, Labour's plans don't go far enough. But they are a good first step to righting the wrongs of the past forty years and ending the massive rip-off of the public that privatisation represents.

Neil Clark is Director of the Campaign for Public Ownership @PublicOwnership

000000
Popular comments
Approx. 20% of the population are below the poverty line as a result of pure greed by the ruling class.