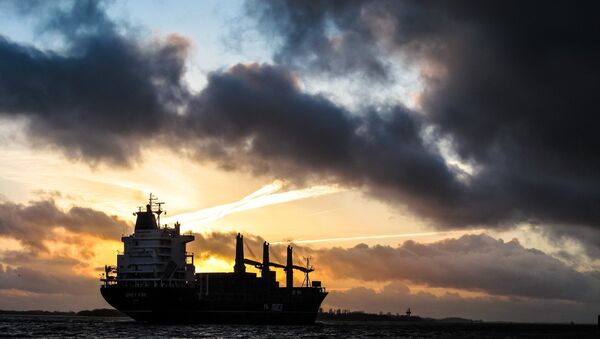 WASHINGTON (Sputnik) - The United States reported an uptick of crude imports from Venezuela for the first time in weeks, taking in an average of 49,000 barrels per day in the week ending on May 17, the US Energy Information Administration (EIA) said on Wednesday in its Weekly Petroleum Status Report.

The EIA reported zero crude imports from Venezuela during the previous week ending on May 10, compared with 352,000 barrels per day (bpd) during the same period last year, and 585,000 bpd in 2017, the EIA data showed.

The United States has imposed numerous rounds of sanctions against Venezuela in response to the political developments in the country. On January 28, the United States announced the imposition of sanctions on Venezuela’s PDVSA, blocking the company's assets worth $7 billion remaining under the US jurisdiction. According to the White House' forecast, the company will lose another $11 billion in oil supplies. In addition, Washington introduced a ban on making deals with the company.

US to Triple Import of Russian Oil Amid Sanctions Against Venezuela - Report
The move was slammed by Venezuelan authorities, who stated that it was aimed at ousting the country's president Nicolas Maduro amid US support for opposition leader, who proclaimed himself president in late January, Juan Guaido. Maduro has also accused the Venezuelan opposition and US authorities of being eager to start a military conflict for the Latin American country’s natural resources.

Venezuela has already lost some $30 billion in revenues over the past three months as a result of the sanctions and a US-led economic blockade, Ambassador Wilmer Omar Barrientos, Venezuela's envoy to Egypt, said earlier.