CEO of Siemens Gas Turbine Technologies: Russia Inspires Me Over and Over Again 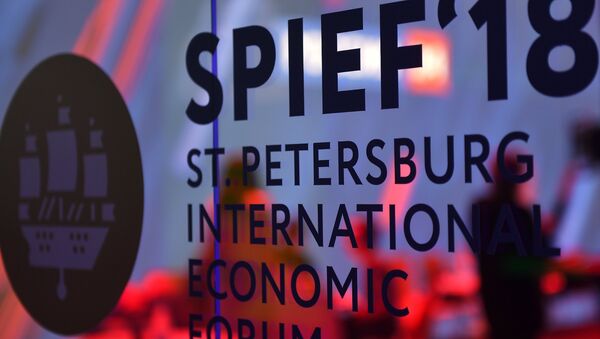 © Sputnik / Evgeniya Novozhenina
/
Go to the mediabank
Subscribe
International
India
Africa
From 6 to 8 June, the International Business Forum will be held in St. Petersburg. It has been held since 1997 and the Russian president takes part in the event.

Thousands of participants from Russia and around the world, including business people, experts, heads of state and government, gather and discuss the most important issues in the field of business and politics.

German and Russian companies use the forum to promote further cooperation between the two countries.

In the run-up to the forum, Sputnik is preparing a series of interviews with the managers of German companies operating in Russia.

Sputnik: German companies form the largest foreign business community in Russia. In your opinion, what is the recipe for a successful business in Russia?

Nico Paetzold: I think you have to have some stamina and faith in the market as political and economic conditions can change. It's also important in Russia to cooperate with authorities in order to get the necessary support. So we cooperate with the Leningrad region government and, of course, with Moscow and the Russian Ministry of Industry and Trade.

Sputnik: What difficulties are there in the Russian market?

Nico Paetzold: First of all, sanctions cause certain difficulties, particularly with regards to export controls. In addition, local suppliers lack the relevant qualifications to work in such a high-tech sector, like gas turbines. But I see it more as a task to be solved.

Siemens Inks Deal With Novatek to Supply Gas Compressors for Arctic LNG 2 Plant
Sputnik: Siemens is investing heavily in localisation in Russia. Why is that so important to Siemens?

Nico Paetzold: One can say that Siemens actually invented localisation. Carl von Siemens opened the first office in St. Petersburg in 1853. Back then, Siemens was already actively embodying the idea of localisation. On the other hand, Russia has a goal of bringing technology into the country, so that one is not dependent upon political challenges. And we want to be close to the customer, we want to deliver on-site service.

Sputnik: According to Siemens, gas turbines production is more than 60 percent localised. Could you explain what this number means?

Nico Paetzold: As the import share decreases, the degree of localisation increases. When we opened the plant here in 2015, all gas turbine parts were imported; we only did the final assembly. At that time, the degree of localisation was a maximum of ten percent. We gradually reduced the number of imported parts increasing the local share, which currently stands at more than 62 percent. What we haven't yet localised are the strategic parts. In the future, we want to get close to 100 percent localisation.

Sputnik: Could you tell us about the facility in St. Petersburg?

Nico Paetzold: The plant is quite big — it has a total area of more than 13,000 square metres. We've invested more than €110 million in the building and the machines. This is one of the world's most modern gas turbine factories. Moreover, last year we opened a service centre, and we invested around €10 million in it. Recently I heard from one of our customers that the plant looks like "a piece of Germany in Russia".

Sputnik: Which topics are most important in the business dialogue today?

Nico Paetzold: The most important thing is to have clarity about political and economic goals in Russia. Siemens wants to localise its technologies while keeping control over them during the localisation process. On the other hand, the state should place demands not only on investors like Siemens, but also on Russian companies in order to qualify them as suppliers. The "ecosystem" of manufacturing and supply has to be more strongly developed in Russia.

BP Chief Confirms Participation in St. Petersburg Economic Forum in June
Sputnik: Did you have any stereotypes about Russia before you came here?

Nico Paetzold: [They were] only positive. I am saying that because of my experience in many other countries. I didn't notice huge differences in Russia. You really don't need to have intercultural training here. When German colleagues come to us, they integrate very quickly.
I have been with Siemens for 26 years and have worked in 14 countries; every two years I was in a different country. I've been in Russia for more than four years, and still I'm super positive. What I like about Russia is its diversity — the diversity of regions and nature. I try to use every opportunity to travel around Russia. And it inspires me over and over again.

Sputnik: Which Russian places do you find the most impressive?

Nico Paetzold: I was really impressed by Lake Ladoga, the largest lake in Europe. I've also been to Lake Baikal and the Ural region. In the Volga region you can still find the traces of the 17th century German merchants. They laid the foundations for trade between Germany and Russia, so our cooperation has a long tradition.

READ MORE: Is Doing Business in Russia Really That Difficult?

Sputnik: What is peculiar about the Russian mentality when compared to the German mentality?

Nico Paetzold: Germans are very focused. When we plan something, we plan it substantially. Russians can deviate from a plan, they are more flexible. Sometimes when I don't have a plan I start worrying and thinking whether we can do that at all. However, the goal is always achieved, but in a different way. That always surprises me positively. Of course, if you have to maintain a quality standard, there are limits to flexibility, especially in the field of gas turbines.

Sputnik: Are you satisfied with your work in Russia?

Nico Paetzold: Yes, because you can never get bored here. There are always surprises, mostly positive, but also negative which one must also deal with. One thing you can forget in Russia is the routine. If you are willing, adventurous and open-minded, Russia is the right country to work in.