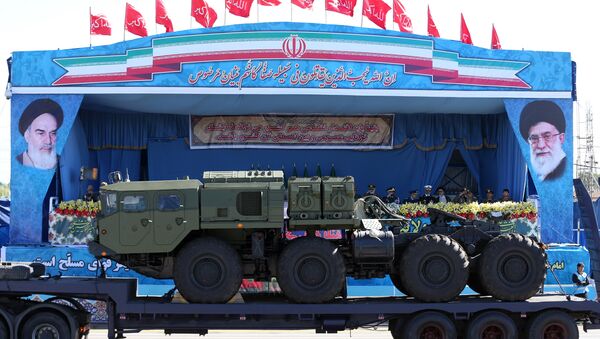 The reports come just a few weeks after the United States deployed an aircraft carrier strike group and a bomber task force to the Persian Gulf in what White House National Security Adviser John Bolton described as a "clear and unmistakable message" to Iran.

A video has emerged on social media allegedly showing Iranian vehicles transporting its S-300 air defence systems and other military equipment to the coastal city of Asaluyeh in the southern province of Bushehr — an area along the Persian Gulf.

The country's military has yet to confirm or deny the redeployment of the anti-missile systems.

The purported development comes amid simmering tensions with the United States, which has recently dispatched the USS Abraham Lincoln aircraft carrier strike group and a bomber task force to the Gulf to send a message to Tehran.

Senior Iranian officials have repeatedly stressed that the Islamic Republic doesn't seek war with the US, but will continue to resist its pressure.

The country's Foreign Minister Javad Zarif told CNN that Washington was playing a "very, very dangerous game" by boosting its military presence in the region.

Relations between Iran and the US were exacerbated by Washington's unilateral pull-out from the 2015 nuclear agreement and reintroduction of all anti-Tehran sanctions.

On 8 May 2019 — exactly a year after the US withdrawal — Iranian President Hassan Rouhani announced that Iran would partially suspend its obligations under the deal, having given the five remaining signatories – France, Russia, the UK, Germany, and China – a 60-day deadline to take measures towards ensuring Tehran’s interests in the face of US penalties.