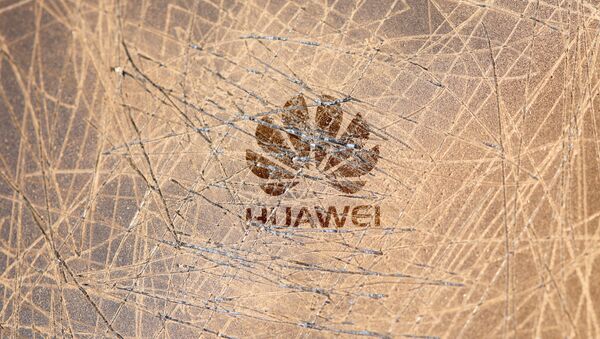 © REUTERS / Dado Ruvic/Illustration
Subscribe
International
India
Africa
The Huawei spat between China and the US escalated recently after the Chinese telecommunications titan was blacklisted by US authorities. Although it was later announced that the government would delay the ban on dealing with Huawei for another 90 days, several big-names firms have reportedly severed ties with the company.

German semiconductor producer Infineon has confirmed it will continue shipping its products to the Shenzhen-based tech giant Huawei, refuting an earlier report by Japanese outlet Nikkei Asian Review about the manufacturer suspending deliveries to the Chinese company.

In a statement, cited by China’s state news agency Xinhua, the German manufacturer explained that the shipments would not stop because the majority of its products, shipped to Huawei, are not subject to the restrictions recently imposed by the US.

Infineon voiced its commitment to fully complying with all applicable legal requirements as well as ensuring its reliability for customers.

"We have a set of measures in place to thoroughly monitor any possible changes in the legal frameworks of our respective markets, enabling us to make adaptions in our international supply chain”, their statement reads, as cited by the Chinese news agency.

Last week, the US Department of Commerce placed Huawei on a trade blacklist, barring the Chinese firm from acquiring technology or components from American firms without the US government’s consent. However, the restrictions were lifted shortly after under a temporary general license for 90 days.

US President Donald Trump has also directed the Commerce Department and other relevant US agencies to devise a plan to ban American companies from using telecommunications equipment made by foreign manufacturers that are “deemed to pose a national security risk”.

Washington’s move has meanwhile led to Google ceasing the supply of Android updates for Huawei and banning its new devices from using Google services, such as YouTube and Maps. Huawei promised to start legal proceedings against the American giant in response. The ban also reportedly cut off the Chinese tech firm from US-based chip producers, such as Intel, Qualcomm, Xilinx, and Broadcom.

Amid the escalating trade row between the two economic powerhouses, Huawei has faced allegations that the company is linked to the Chinese government and has spied on its behalf — something that the company has vehemently denied. The US has been pushing for the European Union to ban the Chinese company from its broadband network.

Some US allies have complied, as apart from the US, New Zealand and Australia have already banned Huawei from developing their 5G networks, citing security threats. But others, including the UK, India, and the United Arab Emirates have been reluctant to follow suit, recent reports suggest. Germany, Italy, France, Austria, Switzerland, and Spain have resisted the pressure so far.