Why is FBI Still in the Dark 29 Years After the Biggest Art Heist in US History? 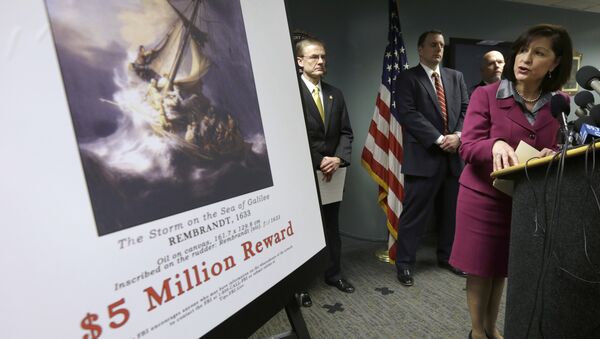 © AP Photo
Subscribe
Two men posing as police officers tricked their way into the Isabella Stewart Gardner Museum in Boston on the night of 18 March 1990. They stole 13 pieces of work worth US$500 million, none of which has ever been recovered.

In 2013 the FBI held a high profile press conference and said they had made a huge breakthrough in the search for the paintings which had been stolen in what had become known as the Gardner Heist.

Richard DesLauriers, special agent in charge of the FBI's Boston office, said: "The FBI believes it has determined where the stolen art was transported in the years after the theft and that it knows the identity of the thieves.

DesLauriers added: "The FBI believes with a high degree of confidence that in the years after the theft, the art was transported to Connecticut and the Philadelphia region, and some of the art was taken to Philadelphia, where it was offered for sale by those responsible for the theft. With that same confidence, we have identified the thieves, who are members of a criminal organization with a base in the Mid-Atlantic states and New England."

That was six years ago. Since then the trail has gone cold again and the makers of a well-researched podcast, Last Seen, have cast doubt on the veracity of the information on which the FBI based their announcement. 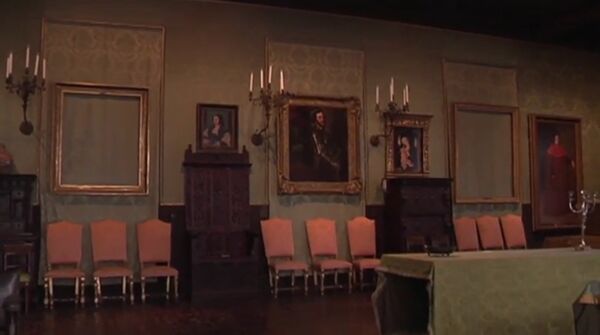 So are we any closer to finding out what happened that night and who took the artworks?

At 1.24am two men in police uniforms pressed the buzzer at the Isabella Stewart Gardner Museum in Boston and claimed they were investigating reports of a disturbance.

They were let in by dopey security guard Rick Abath, who was overpowered and handcuffed, along with another guard.

The two robbers took their time and picked out 13 masterpieces from renowned artists such as Vermeer, Rembrandt, Manet and Degas as well as a Chinese vase, known as a gu, dating from the Ming dynasty.

The two most valuable pieces were The Concert, by Vermeer, and Christ in a Storm on the Sea of Galilee, the only seascape Rembrandt ever painted.

On March 18, 1990, two thieves vanished with 13 artworks from the Gardner Museum, valued at half a billion dollars. None of the art has been recovered. The Globe and @WBUR go inside the investigation of the largest unsolved art heist in history. https://t.co/v6kPYfHuUM pic.twitter.com/hTXI39lFA4

​Last year the Boston Globe newspaper and Massachusetts radio station WBUR teamed up to produce a ten-part podcast investigation, Last Seen, which examined virtually all the various theories and probes which had been carried out into the Gardner Heist.

It also examined whether Abath was the "inside man" or just a part-time musician who happened to be on shift in a museum where security had become lax over the years.

Reissfelder's brother later told investigators he had seen a painting he later identified as being Chez Tortoni by Manet in Reissfelder's apartment.

Merlino ran TRC Autoelectric, a car repair workshop in the Dorchester district of Boston which became a hub of criminal activity, including cocaine smuggling and armed car robberies.

Merlino, who died in 2005, repeatedly indicated to FBI informants he knew what happened to the paintings or could get his hands on them but went to his grave taking whatever secrets he had with him.

Man linked to Gardner Museum art heist to be released from prison. https://t.co/UKZZvpnerW

​The FBI's most recent investigation — which sparked the 2013 press conference excitement — centred on Bobby Guarente and an associate, Bobby Gentile.

Guarente died in 2004 but Gentile, 79, is still being hounded by the FBI, most recently when he was arrested during a sting operation in 2015.

Gentile's lawyer, Ryan McGuigan, told Last Seen his client was completely innocent and knew nothing about the Gardner Heist or the paintings and said if he did know anything he would have told the FBI to get them off his back.

It’s the first day of #MuseumWeek and the theme is #WomenInCulture. What better way to begin than by featuring our fearless founder, Isabella Stewart Gardner? She personally selected and arranged every piece of art in the collection, and her vision continues to resonate today! pic.twitter.com/9F5SA405YX

​Kelly Horan, the co-host of Last Seen, said there was one theory she would like to have explored — the suggestion that infamous Boston gangster Whitey Bulger stole the art and later gave it to the Provisional IRA.

Charles Hill, a former detective with Scotland Yard, told The Guardian last year: "After a shipment of weapons and ammunition was intercepted by the Irish navy off the coast of County Kerry in 1984, Whitey felt he owed one to his friends in the Republic. I believe he offered them the paintings."

Bulger, 89, was beaten to death by a fellow inmate only 24 hours after arriving at a prison in West Virginia in October last year.