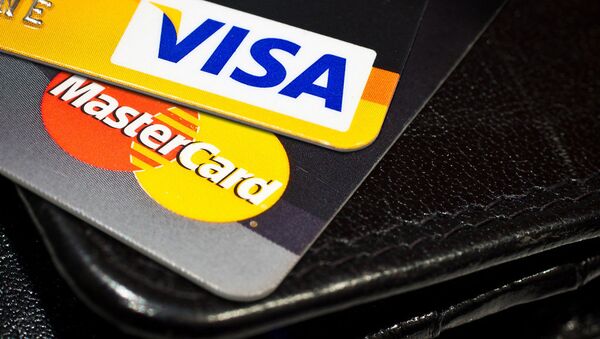 MEXICO (Sputnik) - The Central Bank of Venezuela and the country's banking sector regulator SUDEBAN decided to launch their own payment system and halt Visa, Mastercard and Maestro operations by the end of January 2020, local media reported.

From 30 November 2019, operations on debit cards of these three systems should be terminated, Banca y Negocios news portal said. The same procedure with credit cards should be completed by the end of 30 January 2020.

SUDEBAN instructed financial institutions to create an independent payment system in the light of the recent US sanctions against Venezuela and new threats, according to the report.

Earlier in May, Venezuelan President Nicolas Maduro said that his country was becoming free from the US dollar. The president called the ongoing changes a process of liberation from the US blockade.

The Venezuelan government has established control over all the currency operations in the country since 2003. As a result, an illegal market of currency operations has reportedly taken shape in the country, with its exchange rate exceeding the official exchange rate by dozens times. Venezuela liberalized dollar operations in August 2018 only. However, the official DICOM exchange system has remained in place. Its rate has only recently become equal to the so-called black market rate and has even exceeded it then.

How US Sanctions on Venezuela are Threatening the Lives of Sick Children
The United States has in recent months attempted to shut down Venezuela's oil trade in order to force President Nicolas Maduro out of office.

The situation in Venezuela has been tense since January, when US-backed opposition leader Guaido illegally declared himself the country’s interim president after disputing Maduro's re-election.

The United States and 54 countries have recognized Guaido. However, Russia, China, Cuba, Bolivia, Turkey and a number of other countries have said they recognize constitutionally-elected Maduro as the only legitimate president of Venezuela. Maduro has called Guaido a puppet of the United States and accused Washington of trying to orchestrate a coup to effect a change in government and take over Venezuela’s natural resources.

US sanctions on Venezuela have already caused the deaths of at least 40,000 people in the country since August 2017, according to a recent study co-authored by award-winning Columbia University economist Jeffrey Sachs.