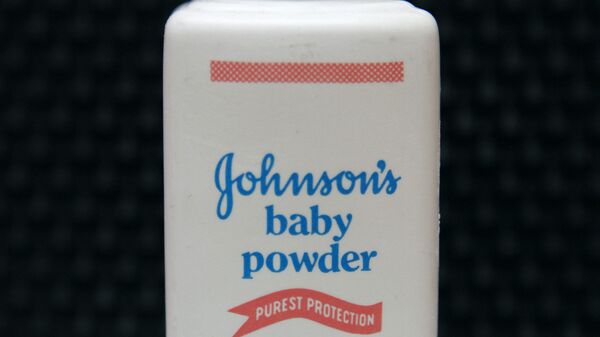 Johnson & Johnson (J&J) was ordered earlier to pay at least $25 million to a woman who said she contracted a rare asbestos-related cancer through decades of daily use of its baby powder or its other talc product, media reported Tuesday.

J&J faces more than 14,000 claims that its powders caused ovarian cancer and mesothelioma, a rare cancer linked to asbestos exposure. The company denies that its products ever contained the carcinogen and argues that talc doesn’t cause the life-threatening illnesses, The Los Angeles Times reported Tuesday.

On Tuesday, a South Carolina jury concluded that J&J wasn’t liable for a woman’s mesothelioma that she blamed on asbestos in the company’s baby powder.

Monsanto Ordered to Pay $289Mln to Dying Man for Causing Cancer – Reports
J&J had the case removed to federal court last month, but a judge sent it back to state court for trial, accroding to Bloomberg.

The company’s record at trial has been reportedly mixed. J&J lost a $29-million jury award in a California mesothelioma case 13 March but won a New Jersey trial 27 March, the same day it settled three cases.

Johnson & Johnson has reportedly won six defence verdicts. Jurors deadlocked in three cases. The company settled four cases. Some of the plaintiffs’ verdicts have been overturned; others are still on appeal, according to data compiled by Bloomberg.