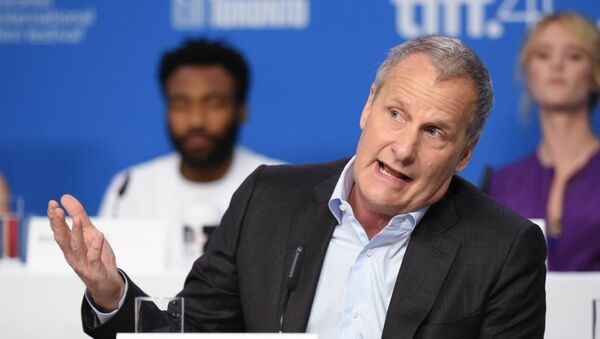 A star of the classic movie Dumb and Dumber, while reflecting on the upcoming US 2020 presidential election, shared his views on the political preferences of Americans, expressing doubt that Joe Biden could be “the guy who can stand up and punch” the incumbent US president “in the face and win.”

Speaking on MSNBC, Daniels claimed that the re-election of US President Donald Trump in 2020 would be the “end of democracy.”

"Because your kids are looking up at you going, 'but he lies' and I think there are a lot of people in the Midwest who are going, 'sigh'. It might be enough for them. We're gonna find out, you know, if the big gamble is to go all the way to November 2020, which I agree, and lose. It's the end of democracy," the actor stated.

He elaborated on his thoughts, noting that he expected someone to defeat Trump and the Republicans.

"I need people to stand up and be heroic. Who are you, because democracy is at stake," Daniels said. “I’m looking at intelligence. I love Joe Biden. Is he the guy that can stand up and punch him in the face and win? That’s for you guys to decide,” he added.

Many netizens were forthright in their reaction to the actor’s opinion, and many suggested that there was a lack of sophistication in Daniel’s political thinking.

​Others questioned whether an actor’s point of view could be regarded as credible.