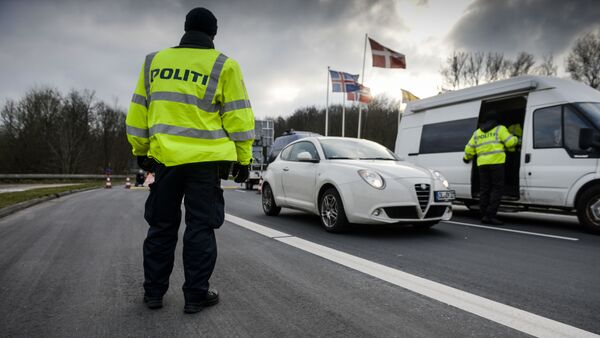 Contrary to the idea of a Europe free of borders, which remains one of the European Union's main selling points, Denmark is willing to make temporary border controls against Germany, its southern neighbour, permanent.

"We must ensure that we have permanent border control. We are facing a number of challenges, such as immigration pressures, cross-border crime and terrorism. Therefore, as a nation state, we need to control our borders", Danish Prime Minister Lars Løkke Rasmussen told Danish Radio.

In addition to re-instating border controls for people travelling in and out of Denmark, DKK 50 million ($7.5 million) must be allocated for research and new technology.

"We need an outgoing border control, so that we have an opportunity to check criminals who commit serial crime", Lars Løkke Rasmussen stressed.

Løkke Rasmussen also suggested that new Schengen rules are needed to bring back Denmark's authority over its own borders. By reforming Schengen, Denmark and fellow EU states that have introduced temporary border controls no longer have to seek the EU Commission's permission to extend the scheme.

"To put it as it is, being creative to get [the border controls] extended every time has demanded a lot of effort", Danish Immigration Minister and Rasmussen's party colleague Inger Støjberg said.

"It is very simple: you cannot make permanent border control and at the same time be a member of Schengen. So there will be a resounding 'no' to the EU. I don't see how this whole idea of introducing it permanently will work. I don't see how it could ever come become reality, be it with the European Commission or other EU states", Danish Radio's political analyst Karin Axelsson explained.

Temporary border controls were introduced in Denmark in January 2016, following the European migrant crisis when a million asylum seekers entered Europe, and have been extended ever since. In April 2019, the police said that over 10 million checks have been implemented. Between 2016 and 2018, Denmark has spent DKK 275 million (over $41 million) on border controls.

A total of 7,599 people have been rejected over the course of three years, an average of six people a day. The largest groups of those being rejected include Syrians, Afghans, and Iraqis.

The Schengen Area comprises 26 European states that have officially abolished all passport and other types of border control at their mutual borders and have a common visa policy. In response to the European migrant crisis, seven Schengen countries introduced border controls — Austria, Denmark, France, Germany, Norway, Poland, and Sweden.