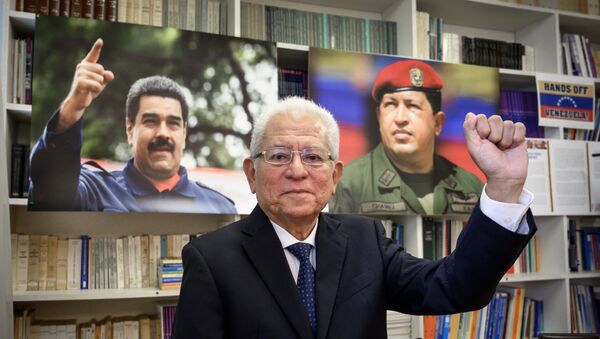 US-imposed sanctions against Venezuela are a part of a bipartisan campaign to obstruct the Latin American nation's independence, both financially and politically, and have grown into a full economic blockade, according to a list of actions and executive orders documented by Caracas.

Venezuela Lost $30Bln Over 3 Months of Economic Blockade - Ambassador
May 2016: German financial firm Commerzbank concedes to pressure from the US and closes accounts for the PDVSA and other Venezuelan public banks and institutions.

How US Sanctions on Venezuela are Threatening the Lives of Sick Children
January: 2018: The Venezuelan government cannot repay 11 debt and PDVSA bonds worth $1.2bn due to sanctions.