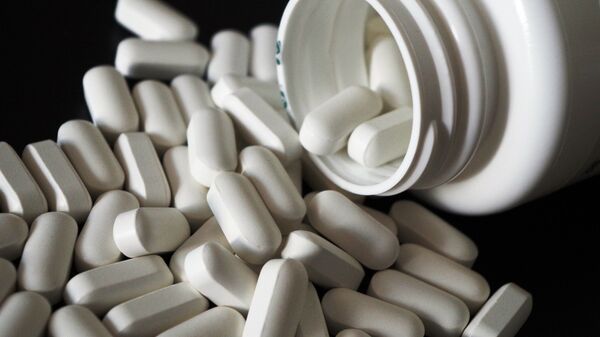 Esther Yáñez Illescas - Isabella lives not knowing that her life depends on coloured pills. She is 21 months old, and her speech is clear only to those who look after her on a daily basis in the Italian hospital of Buenos Aires, deciding which pill she needs to take.

Isabella was born with a congenital disease and doctors immediately warned that she required a liver transplant to survive. Her parents, Douglas and Yelibeth, addressed the issue straight away: donor, funding, where, how and when the transplant will be performed.

It wasn't so difficult. Yelibeth was a match and could be her daughter's donor, and all the treatment was covered by the Simon Bolivar Foundation, a charity funded by the US subsidiary of Venezuela's state-run oil company PDVSA — Citgo.

The agreement between the Italian Hospital of Argentina and Venezuela has been in force since 2007, and 109 Venezuelan children have undergone organ transplants under this programme during this period. High-skilled specialists of the Italian hospital have been conducting transplantation surgeries for 12 years.

Douglas and Yelibeth left everything behind in Venezuela and in September 2018, without worrying about the political situation in the country, moved to the capital of Argentina. Their eldest son Abraham, who's 12 years old, went to school in Buenos Aires. 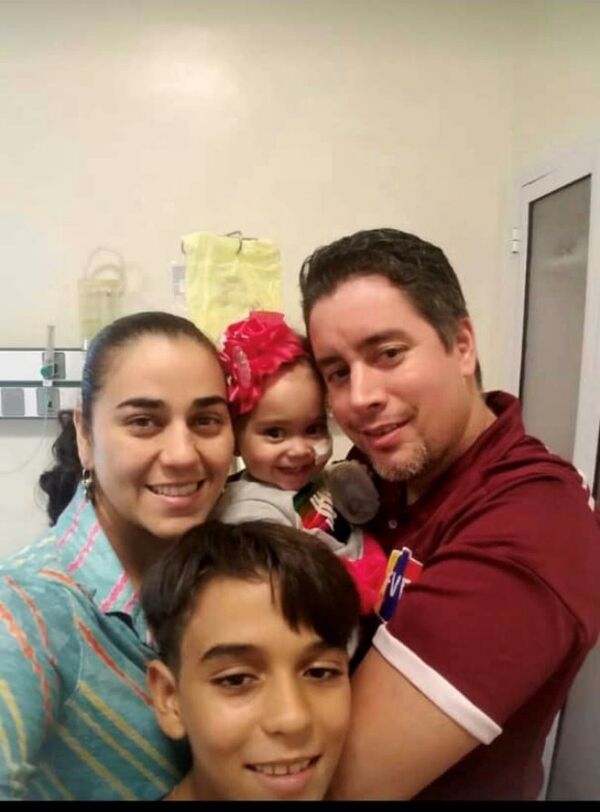 Isabella's family had to leave everything behind in Venezuela and move to Buenos Aires so their daughter could undergo a life-saving liver transplant that was funded by Venezuela.
© Photo : Familia de Isabella

Everything went well. On 26 November, a liver transplant was successfully performed. After that, Isabella spent a month and a half in intensive care with minor complications.

On 9 January, she was finally discharged from hospital, but doctors warned that the postoperative period would be difficult. The new organ had to show that it was functioning well. The little girl had six months to a year of treatment ahead of her.

However, on 28 January, the US Treasury announced the introduction of new and tougher sanctions against Venezuela, and this time against Citgo, which financed the foundation helping ill children. The charity's funds had been blocked.

Venezuela Sells Additional $570mln in Gold, Skirts US Sanctions – Report
It's currently not clear where the company's $7 billion in assets are. US National Security Advisor John Bolton has promised that the Venezuelan oil company will lose an additional $11 billion next year in lost export revenue from the US market. Citgo will continue its operations, but only in the United States, and the money will no longer go to Venezuela and charities like the Simon Bolivar Foundation. 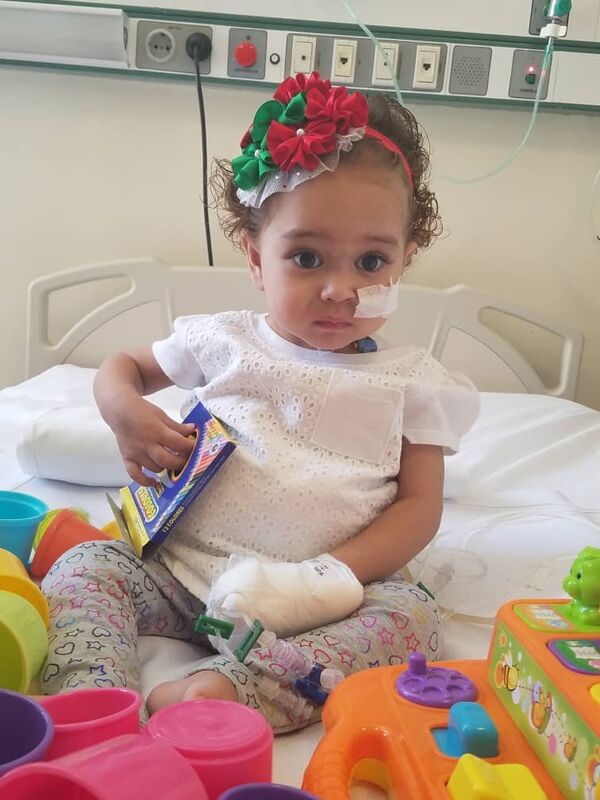 Isabella's life is still at risk, because to ensure the successful result of a liver transplant, she needs very expensive medicines that her family can't pay for without government support. Venezuela, in turn, is not able to pay for her treatment because its funds are blocked in the United States.
© Photo : Familia de Isabella

The money is no longer flowing, and the Italian hospital cannot perform anymore transplants. The Embassy of Venezuela in Argentina is providing all possible assistance.

"The hospital gives us a roof over our heads, and the embassy provides financial assistance, but we don't know how much longer we can last like this," Douglas said.

He is 34 years old, and quit his job as an administrator at a Venezuelan company in order to devote himself to taking care of his daughter.

"My daughter needs strict control to properly complete the treatment. Currently her body is showing a slight rejection, and this can only be controlled with medication," Douglas explained.

The foundation provided them with all necessary medication up until the United States blocked its funds. Isabella needs 16 types of different pills, each costing more than $1,500 per pack. An ordinary family just can't afford it. For now, there is enough medicine to last another month.

"If Isabella doesn't follow the postoperative regime, she can lose the new organ and will need another operation. We will have to start from scratch, and it will be much more difficult because my wife can no longer be a donor. We don't have that much time," her father said.

The blockade is used in Venezuela as a military weapon. This is an old tactic. Whoever wins the media battle will determine the reality. A recent report by the Washington-based Center for Economic and Policy Research (CEPR) presented an alarming statistic: US sanctions against Venezuela were responsible for 40,000 deaths in the country in 2017-2018.

"The sanctions are depriving Venezuelans of lifesaving medicines, medical equipment, food, and other essential imports" the report titled "Economic Sanctions as Collective Punishment: The Case of Venezuela" says. 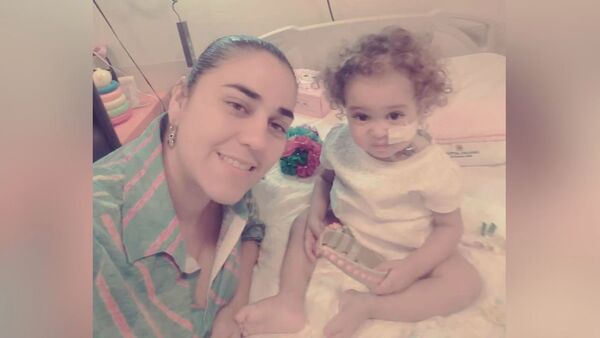 Yelibeth, Isabella’s mother, was able to donate her liver to her daughter, but the success of the operation in Argentina is at risk because the US froze the accounts of Citgo, a subsidiary of Venezuela’s state-run PDVSA oil giant, that funded such complex medical treatment abroad.
© Photo : Familia de Isabella

80,000 people with HIV, 16,000 cancer patients and 4 million with diabetes and hypertension are victims of these sanctions, which the report calls "illegal under international law."

"From a human rights perspective, the illegal economic and financial blockade imposed by the US government is the main obstacle in ensuring respect for and observance of human rights in Venezuela," said Larry Devoe, executive secretary of Venezuela's National Council on Human Rights and representative of Venezuela to the International Human Rights System.

He closely follows the case of Isabella and other families with similar problems. "Only in Caracas there are at least 12 people who received a go-ahead for a bone marrow transplant. They were going to fly to Italy for an operation, but couldn't go because of the sanctions," he explained.

Anti-Сoup Activists Charged With ‘Interfering’ In US Raid on Venezuelan Embassy
In addition, it is important not to forget about the 25 Venezuelan children currently in Italy, about whom the Minister of Foreign Affairs, Jorge Arreaza, spoke at a recent press conference at the United Nations. They are also waiting for a bone marrow transplant, which now can't go ahead. How many cases involving Venezuelan children are there in the world? How many of them will die waiting? A few have already passed away in Italy and other countries. Who is to blame and who will be held accountable?

People who criticise the government of Nicholas Maduro are certain that it's not the sanctions that are causing food and medicine shortages in Venezuela, since the problem existed even before the United States imposed them.

In his turn, Antony Moreno, doctor and spokesman for the Committee of patients and relatives of the victims of the financial blockade, said that this is wrong.

"We conducted a series of studies, and from 2013 to 2015, when Maduro was already in power, but before the introduction of the first round of sanctions, each Venezuelan was able to take up to 20 different types of drugs in the event of illness. Even the UN confirmed that Venezuela had met its Millennium Development Goals (MDGs)," he said. 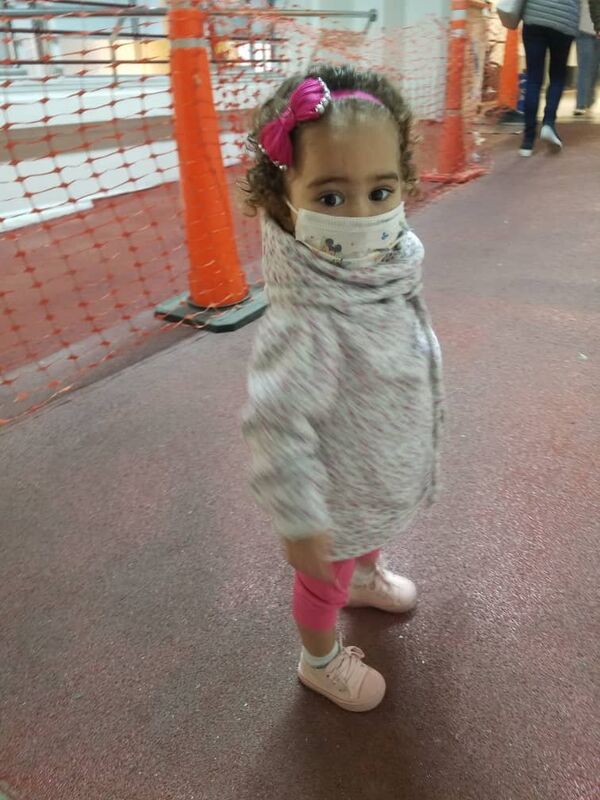 Isabella suffers from a congenital disease and required a liver transplant, but her treatment is under threat due to US sanctions against Venezuela.
© Photo : Familia de Isabella

"But everything changed when the opposition won the National Assembly in 2015 and demanded sanctions against Venezuela," Moreno added.

Venezuelan Embassy Besiegers Were ‘Elite’, Sought Gains from US Intervention
In 2015, Barack Obama issued an executive order designating Venezuela as an "unusual and extraordinary threat to the United States." Now, as Moreno says, Venezuelans are able to receive no more than 5 types of medicines annually.

"That's practically nothing. The damage inflicted is enormous. I work in the field of occupational health and see the difference since 2015," Moreno explained.

Venezuela imports all "vital" drugs for the treatment of cancer, cardiovascular diseases, hypertension, HIV, and other illnesses. In Venezuela there are no level 1 laboratories, that is, those that work with raw material.

Venezuela has always imported medication from foreign laboratories using foreign currency from oil sales. When that money was blocked, there were no more funds to buy medicine with.

People are fighting against the situation by organizing protest rallies and distributing the few drugs they receive or produce. Currently, Douglas, Isabella and other families are able to continue their treatment thanks to the Simon Bolivar Foundation and various social funds that support them in Argentina.

"Foreign Minister Jorge Arreaza has asked to hold on. But for how long?" Douglas wants to know. Douglas doesn't talk about politics, because the situation in which he finds himself in, as well as hundreds of others and their families, has nothing to do with Chavism or anti-Chavism, revolution or political marketing.

"The blockade is not a political issue. The blockade is directed against us. It hurts us, in this case my daughter, not Nicolas Maduro or government officials. I'm afraid of what could happen. What happens if my daughter loses the organ which was transplanted?" he asked.