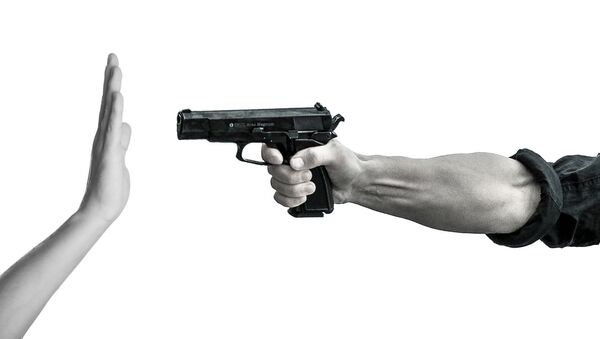 CC0 / /
Subscribe
International
India
Africa
Nearly 48 percent of Swiss households own a firearm, among the highest rates of private gun ownership in Europe.

With 63.7 percent of vote, Switzerland has endorsed a controversial reform of the country's gun legislation which would bring it in line with EU rules.

The race was a close one in several cantons, including both German-speaking and French-speaking ones. Italian-speaking Ticino notably stood out as the only one to vote down the tougher gun controls.

To become an owner of a semi-automatic weapon, Swiss residents are now obliged to undergo regular training in the use of firearms. A system of serial numbering of the major parts of some guns to facilitate tracking will also be introduced. The use of standard-issue guns among former servicemen will not be affected, however.

While hailed by supporters, including Justice Minister Karin Keller-Sutter, who argued that the improved traceability of firearms made Switzerland more secure, the reform triggered the discontent of the pro-gun crowd, who suggested that the new laws would "undermine traditional values".

"By approving stricter gun control, Switzerland has given in to pressure from the EU", right-wing Swiss People's Party parliamentarian Lukas Reimann said.

Opponents suggested that the parliamentary decision was "dictated by the EU" and would ultimately "disarm" Switzerland through "useless, dangerous, un-Swiss" measures.

Political scientist Urs Bieri of the GfS Bern research institute pointed out that the limited backing by the Swiss People's Party and the pragmatic issue of Schengen membership were the main reason for the outcome of the referendum.

The government and most major political parties warned that a rejection of the legal amendment would deny the Swiss authorities access to a Europe-wide criminal database and lead to the exclusion of the country from a shared EU security system. The business community was also concerned that exclusion from Europe's single-border area could complicate cross-border traffic and hamper tourism.

This is the fourth time Switzerland has updated its gun laws to conform to the standards of the EU and other Schengen states. While the Swiss parliament approved of all the previous reforms, a push for comprehensive gun registration at the cantonal level was rejected.

Switzerland has adopted various provisions of European Union law in order to participate in the Union's single market, but is not a member state.

Switzerland ranks among the top countries in the world in terms of gun ownership, with 3.4 million guns owned by its population of nearly eight million. Target shooting is a popular national sport, but many of the firearms in Switzerland are military weapons. Nearly 48 percent of Swiss households own a gun, among the highest rates of private ownership in Europe.

According to the BBC, "all healthy Swiss men aged between 18 and 34 are obliged to do military service and all are issued with assault rifles or pistols which they are supposed to keep at home."